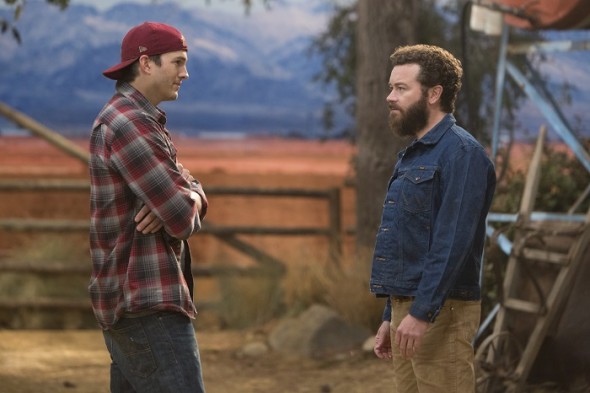 Do you watch The Ranch? Recently, Netflix announced part five (aka season 3A) will premiere in June.

The sitcom stars Ashton Kutcher as Colt Bennett, an ex-football star who moves back to his family’s ranch in Colorado. The cast also includes Sam Elliott, Debra Winger, Danny Masterson, and Elisha Cuthbert.

As reported earlier, part five will feature Danny Masterson’s last episodes for The Ranch. The actor left the series last year amid allegations of sexual misconduct. In his place, Dax Shepard has joined the Netflix series and will make his first appearance in upcoming episodes.

The new season of The Ranch premieres on June 15th.

Another summer wedding—but this one comes with 10 new episodes of The Ranch! Part 5 streams June 15, only on @Netflix. pic.twitter.com/xLLzX6Db3W

What do you think? Have you seen The Ranch? Will you watch the new season?

As long as Sam Elliot is alive (and Wants to work on ‘The Ranch’) I want to watch it*! I will miss Danny M. also, and if he is NOT Guilty*, then he should be allowed to return, if he wants. We have watched All* the episodes they HAVE in ~about 4 weeks … if I’d known we were ‘running out’ we would have slowed down. Getting info out of Netflix is like pulling teeth (they say to go to each show’s website… which they do Not have any links to… to find out Anything). 5* stars for The Ranch… Read more »

i love the ranch and i hate seeing Danny go but if he is guilty i agree with letting him go..I will still watch cause i love sam elliott and this show is great i hope dax sheppard is permanent cause i think he will be a perfect replacement.