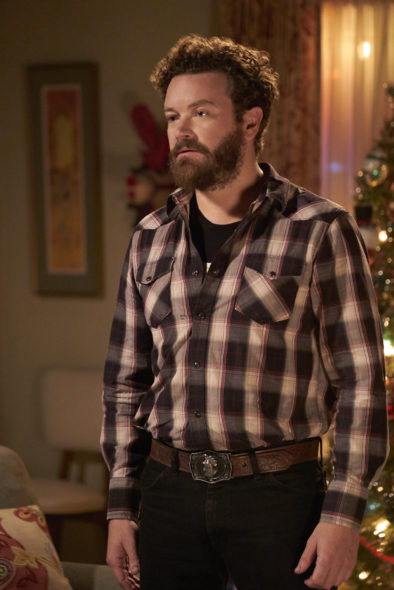 In response to multiple long-brewing sexual assault allegations levied against him, That ’70s Show veteran Danny Masterson will be written out of the third season of The Ranch TV show on Netflix. Deadline reports Netflix issued a statement confirming that Masterson’s last day on set was yesterday. Production on The Ranch will resume in the new year. As of now, the embattled actor will reportedly appear in those episodes already filmed. Now, the actor says he intends to clear his name of all charges.

Danny Masterson is firing back at Netflix after the streaming service announced it was dropping the actor from its series “The Ranch” following rape accusations made against him more than a decade ago.

“I am obviously very disappointed in Netflix’s decision to write my character off of ‘The Ranch,’” Masterson said in a statement to TheWrap. “From day one, I have denied the outrageous allegations against me. Law enforcement investigated these claims more than 15 years ago and determined them to be without merit. I have never been charged with a crime, let alone convicted of one. In this country, you are presumed innocent until proven guilty.”

The actor continued, “However, in the current climate, it seems as if you are presumed guilty the moment you are accused. I understand and look forward to clearing my name once and for all. In the meantime, I want to express my gratitude to the cast and crew that I’ve worked so closely with over the past three seasons. I wish them nothing but success. I am also so thankful to the fans that have supported me and continue to do so.”

What do you think? Are you a fan of The Ranch TV series? Do you think it can survive without Masterson? Will you watch still watch it?

I cannot put into words how much I love The Ranch! I binged on it! Nothing better! But when I found out that Rooster was gone, that was it for ME! I love ALL of the characters, but The Ranch without Rooster is like French fries without ketchup, cake without icing, pancakes without syrup…heck, I’ll just say it…SEX WITHOUT ******!
…..I mean…what would be the point!?

The Ranch is my favorite Series and losing Danny Masterson..The Rooster..is devastating to say the least… Net Flix needs to find a way to bring him back! At 71 now I’ve watched it back to back 6 complete times..all 6 parts..! It won’t let me go!! Lol!..No..seriously now..

It’s unfortunate that he’s been fired, especially since he was such an important part of the cast.