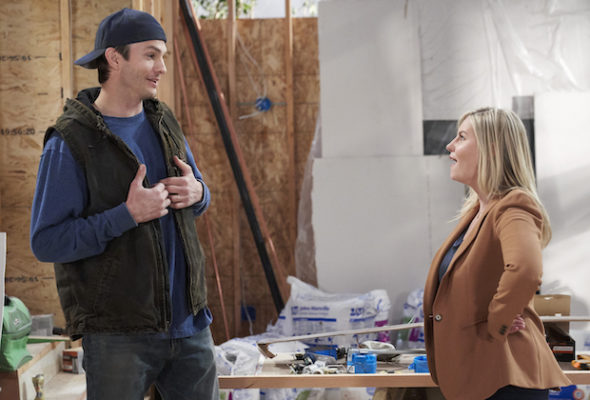 Will the Bennett family have a happy ending on The Ranch? Has The Ranch TV show been cancelled or renewed for a fifth season (parts nine and 10) on Netflix? The television vulture is watching all the latest TV cancellation and renewal news, so this page is the place to track the status of The Ranch, season four. Bookmark it, or subscribe for the latest updates. Remember, the television vulture is watching your shows. Are you?

A Netflix comedy series, the fourth season of The Ranch (which is called parts seven and eight) stars Ashton Kutcher, Debra Winger, Sam Elliott, and Elisha Cuthbert. The show follows the Bennett family of the fictional Iron River Ranch in the small town of Garrison, Colorado. In the final season, times are changing, but the Bennetts always have each others’ backs.

Unless Netflix decides to publicize its viewership, it is typically difficult to predict if they’ll cancel or renew a show like The Ranch for additional seasons. In this case, we already know that season four (parts seven and eight) will be the end because Netflix has confirmed it. Could the streaming service have a change of heart? I’ll update this page with any developments. Subscribe for free updates on The Ranch cancellation or renewal news.

What do you think? Were you hoping that The Ranch TV show would be renewed for a fifth season? Is this the right place to end the show?

I LOVE THE RANCH…WATCHING 7 AND 8 TODAY…AGAIN….GREAT SHOW AND SHOULD BE PICKED UP…. ADDING THE ALZHEIMER SEGMENT IS IMPORTANT TO ME…SINCE MY DAD DIED WITH IT.

The show died several episodes ago. The fact that it has a following shows our collective lack to demand quality writing. It is a dead stick. Just let this crash without harm to good actors already.

Love this show . The best thing on TV in a long long time

“The Ranch” is my all-time favorite series on Netflix, and I am SO BUMMED they’re ending it so soon!