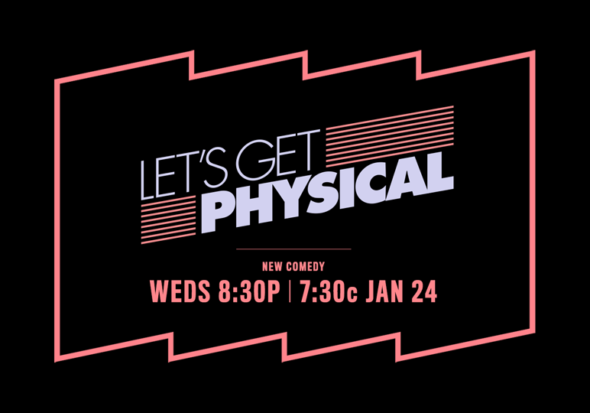 Since rebranding as Pop in 2015, the former TV Guide Network has increased its offerings beyond syndicated reruns and entertainment news-related shows. While most of its programming is reality TV fare, Pop also carries first-run scripted series, including some originals. Now they’ve introduced their Let’s Get Physical TV show. Can the fitness business sitcom keep viewers on the couch? Will Let’s Get Physical be cancelled or renewed for season two on Pop? Stay tuned. **Status update, below.

The ratings are typically the best indication of a show’s likelihood of staying on the air. The higher the ratings (particularly in the 18-49 demo), the better the chances for survival. This chart will be updated as new ratings data becomes available. Refresh to see the latest.

What do you think? Do you like the Let’s Get Physical TV show? Should it have been cancelled or renewed for a second season on Pop?