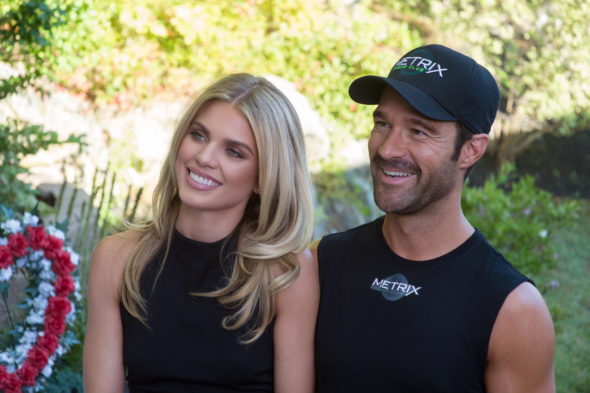 Let’s Get Physical is coming to Pop later this month, and a new trailer has been released for the comedy series, which stars Jane Seymour and Annalyne McCord.

Pop released more about this new series in a press release as well. Check that out below.

Let’s Get Physical revolves around middle-aged slacker Joe Force  (Jones) who makes a reluctant comeback in the fitness industry after his dad, the “Godfather of Aerobics,” unexpectedly passes away and wills Joe the broke-down family gym with eccentric provisions attached to get his actual fortune and estate. Janet Force (Seymour) is Joe’s mom, who takes the reins of the family business in order to maintain their legacy and uses information and manipulation to guarantee that things go her way. Upon coming home, Joe faces his rival, Barry Cross (Diamantopoulos) and his teenage love, Claudia (McCord) who is now Barry’s wife!

Let’s Get Physical will premiere Wednesday, January 24 at 8:30pm and 11:30pm ET/PT on Pop, following the season four premiere of Schitt’s Creek.”

Will you check out this new comedy on Pop? Tell us what you think.