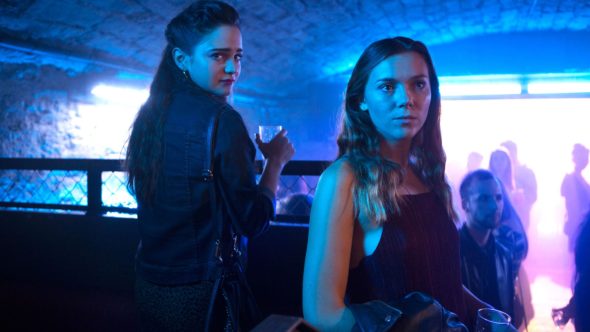 Clique is coming back. Deadline reports BBC Three has renewed the TV show for a second season.

The drama, which airs on Pop in the U.S., examines “the power of friendship between intensely smart, complicated and ambitious young people on the cusp of an ever-enticing but dangerous adult world.” The cast includes Synnøve Karlsen, Aisling Franciosi, Rachel Hurd-Wood, Emma Appleton, and Louise Brealey.

Pop has yet to announced when season two of Clique will premiere in the U.S., but you can read more about the new season from creator Jess Britain below:

I’m so excited to return to Holly’s intense, loyal and dangerous world. Clique is a show with female friendship as its heart, but a new clique of unknowable young men is definitely taking us to some new and interesting places.”

What do you think? Have you seen Clique? Will you watch season two?