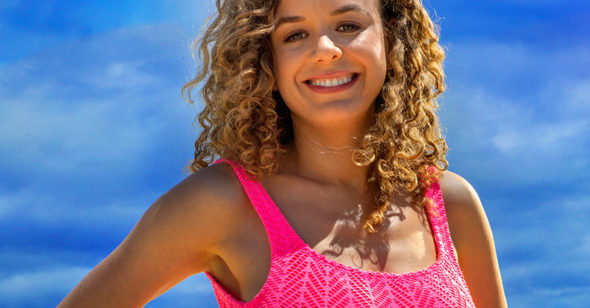 Florida Girls is here to stay! At least for one more season. Pop TV announced a second season renewal for the comedy on Thursday. The series tells the story of four friends living in Clearwater, Florida, and it is inspired by the life of Laura Chinn, who both stars in and created the series. Melanie Field, Patty Guggenheim and Laci Mosley round out the main cast.

Season one premiered in July on Pop, and the series averaged 0.03 in the 18-49 demographic and 69,000 thousand viewers each week.

Justin Rosenblatt, Executive Vice President, Original Programming and Development, Pop TV, said the following about the decision to renew Florida Girls for a second season in a press release:

“Whether getting your GED, throwing an epic Island party or dealing with an unruly customer on the job at Barnacles, the women of FLORIDA GIRLS showed us that you don’t need a lot of money to have fun and feel good about yourself. Just some great, loyal friends.We’re thrilled this series struck such a chord with our audience. Laura Chinn has created an honest show that mixes smart social commentary with hard comedy, and we couldn’t be more excited to see how she, Melanie, Patty and Laci evolve in season two.”

Season one of Florida Girls can be found on the Pop TV app.

What do you think? Are you a fan of Florida Girls? Are you excited for season two?

I love this show I’m 42 years old but watching this takes me back to my 20’s when you was broke but still had the time of your life. I can’t wait for season 2.

LOVE the show. Trying to find a start date so I can let all my friends know. Those 4 girls are the most fun. What a bunch of characters. Can hardly wait!!!

I’m in my 70’s but nevertheless LOVE the show. The 4 girls are such a kick. I have been searching for a start date so I can alert others to it. My fav, Thanks for picking it up

This show is on point for the Gulf coast of Florida!! I actually know people who would have participated in or kicked up a notch, any of the antics of season one. Clearwater… Pensacola feels you. Can’t wait for season two.

I thoroughly enjoyed every episode of Season 1 of Florida Girls. I even set a reminder to watch it every week because I loved enjoying their hijinks. I fell in love when I stumbled across Florida Girls by chance just switching through the channels. I literally laughed out loud. The show became a highlight of my week, and I hated to see the season end. Of course, I am totally glad that it has been renewed for a second season. I can’t wait to see what happens next for my girls. They make me proud that I recently moved to… Read more »

Happy to see it returning for another season, I really didn’t anticipate enjoying it so much

55 yrs old not Sure on how I came across the show but a watched it and it was so funny I thought that there was going to be a season 2 they have all kinds of other shows on hulu and Netflix why can’t this be renewed it had an audience oh well want again you guys get rid of some fun TV in leave a budget crap on the air.