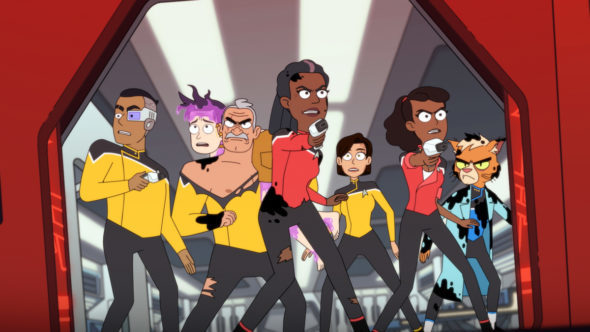 Star Trek: Lower Decks is coming to CBS All Access next month. A trailer and poster have been released for the new animated comedy series joining the world of Trek.

Revolving around Starfleet crew members who residing in the “lower decks” of the U.S.S. Cerritos, the series stars the voices of Tawny Newsome, Jack Quaid, Noël Wells, and Eugene Cordero with Dawnn Lewis, Jerry O’Connell, Fred Tatasciore and Gillian Vigman.

CBS All Access revealed more about the arrival of the animated series in a press release.

STAR TREK: LOWER DECKS will premiere on Thursday, August 6 on CBS All Access. Following the premiere, new episodes of the series’ 10-episode first season will be available to stream weekly on Thursdays, exclusively for CBS All Access subscribers in the U.S.

Developed by Emmy Award winner Mike McMahan (Rick and Morty, Solar Opposites), STAR TREK: LOWER DECKS focuses on the support crew serving on one of Starfleet’s least important ships, the U.S.S. Cerritos, in 2380. Ensigns Mariner, Boimler, Rutherford and Tendi have to keep up with their duties and their social lives, often while the ship is being rocked by a multitude of sci-fi anomalies. The Starfleet crew residing in the “lower decks” of the U.S.S. Cerritos, includes Ensign Beckett Mariner, voiced by Tawny Newsome, Ensign Brad Boimler, voiced by Jack Quaid, Ensign Tendi, voiced by Noël Wells and Ensign Rutherford, voiced by Eugene Cordero. The Starfleet characters that comprise the ship’s bridge crew include Captain Carol Freeman, voiced by Dawnn Lewis, Commander Jack Ransom, voiced by Jerry O’Connell, Lieutenant Shaxs, voiced by Fred Tatasciore and Doctor T’Ana, voiced by Gillian Vigman.

Check out the trailer and poster for the new series below. 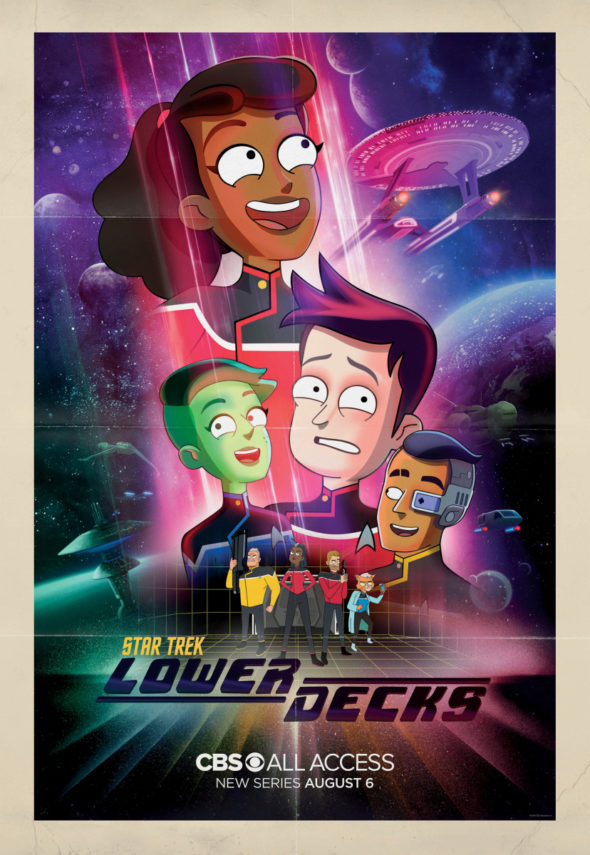 What do you think? Will you watch this new Trek series? Are you a subscriber of CBS All Access?

Messing with such an iconic show is always risky but somehow I think that they may have struck the right chord.

I think that The Orville opened the door to what could be done and how well.

I find it amazing this show consider canon and the stuff in it “Happened” in the universe. I think it will be amusing, but this going different.