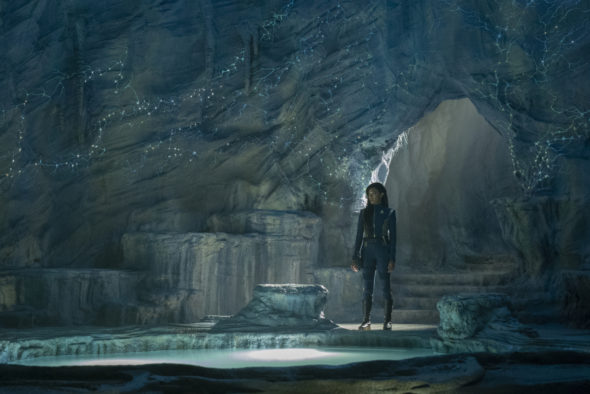 Star Trek: Discovery is returning soon to CBS All Access and a new third season poster and trailer for the sci-fi series have been released. Sonequa Martin-Green, Doug Jones, Shazad Latif, Anthony Rapp, Mary Wiseman, Wilson Cruz, Anson Mount, Mary Chieffo, Tig Notaro, Ethan Peck,  Rebecca Romijn, and Michelle Yeoh star in this addition to the Trek universe. The new season will follow the crew’s adventures in the future after a time jump from the end of season two.

CBS All Access revealed more about the third season in a press release.

Season three of STAR TREK: DISCOVERY will premiere on Thursday, Oct. 15, and new episodes of the series’ 13-episode third season will be available on demand weekly on Thursdays, exclusively for CBS All Access subscribers in the United States.

After following Commander Burnham into the wormhole in the second season finale, season three of STAR TREK: DISCOVERY finds the crew of the U.S.S. Discovery landing in an unknown future far from the home they once knew. Now living in a time filled with uncertainty, the U.S.S. Discovery crew, along with the help of some new friends, must work together to restore hope to the Federation.”

Trek fans will also be able to see season one of Star Trek Discovery on CBS this fall.

Check out the trailer and poster for the new season of Star Trek: Discovery below. 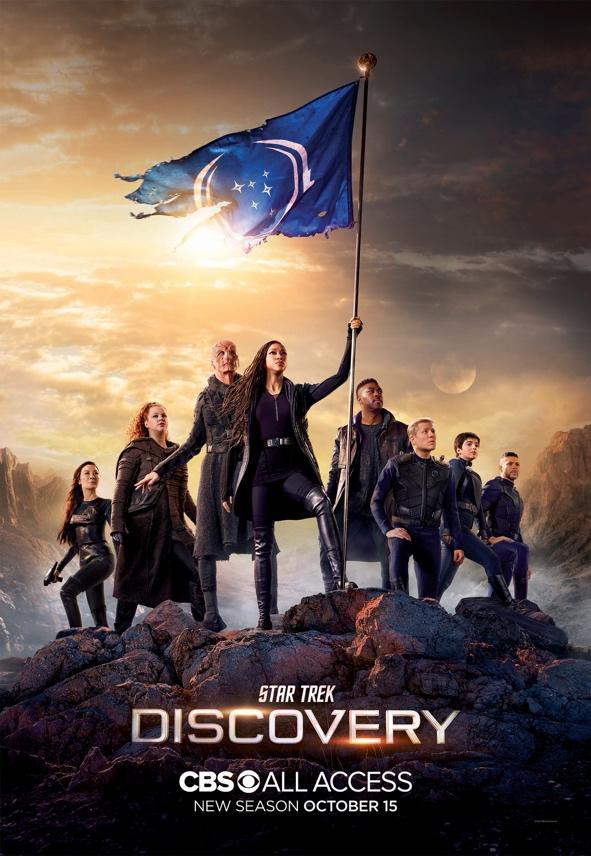 What do you think? Are you excited for the new season of Star Trek: Discovery on CBS All Access? Will you watch season one on CBS?

Absolutely unwatchable! The soul of Star Trek and the past optimistic tone has been destroyed by terrible writing, awful characters, and a complete focus on being “woke” rather than writing good stories.

Hope the show will be shown soon in Germany also, I can’t wait to watch it.