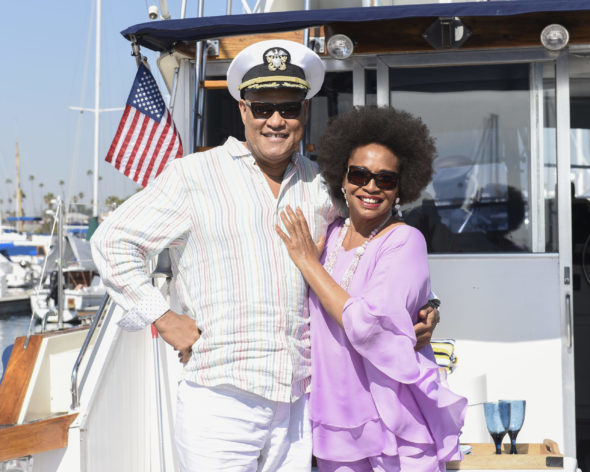 Black-ish may soon get another spin-off on ABC. Titled Old-ish, the series would star Laurence Fishburne and Jenifer Lewis from the original family comedy series.

Deadline revealed the following about the potential ABC series:

“Written by Kenya Barris, Old-ish follows Dre Johnson’s (Anthony Anderson) parents, Ruby (Lewis) and Earl (Fishburne), as they give love a second chance. When they move to a rapidly gentrifying neighborhood of Los Angeles, they’ll meet characters who represent the old and new faces of the community as they try to make it work as a married couple. Again.”

Fishburne and Lewis have recurred on Black-ish, but they would be in the spotlight on the new show. It’s unclear how this new show would affect their appearances on the main program. This would be the third spin-off from the popular Black-ish comedy series. There is also Grown-ish on Freeform and Mixed-ish on ABC.

A special election-themed episode of Black-ish is set to air on ABC next month, ahead of the official start of the seventh season.

What do you think? Are you a fan of Black-ish or its spin-offs? Will you check out Old-ish if it becomes a series?

You have to be kidding me

I absolutely can not wait for oldish; two great actors and funny.

OK. I like Black-ish although it’s been a while since I watched it. I am a fan of both Laurence Fishburne and Jenifer Lewis. I like their characters too. And I want them to keep getting work. But this spin-off business is getting absolutely ridiculous at this point. Like Stupid-ish. It’s like Power having 3 other spinoffs coming and the first spin-off is just now starting. Way too much. Almost laughable. Why can’t Kenya Barris just start working on some new intellectual properties?

Please keep the show and spin offs coming! The writers are geniuses and they address real issues in a positive comedic way! I am a huge fan and will continue to watch as African Americans are being portrayed in a positive light!

Getting sick and tired of the spinoffs from the show. Doesn’t the network understand the over abundance of something isn’t good. Actually it seems like ABC network doesn’t care about ratings were this word were there sister channels on the satellite. Because it just seems like all they’re trying to do is put on stuff that they think is politically correct. This is getting sickening this is why people are being driven away from network TV or even satellite TV. Because it’s just become a redundant spinoffs. Now it’s all about politically correct programming which is being forced down our… Read more »

Bookish Lady
Reply to  Why watch

Why watch, because we are in a pandemic and craving entertainment. I agree spinoffs don’t always hit the mark but you have to admit, Grownish is a realistic depiction of what some encounter during those college years. I say keep at it ABC, keep grinding until you create something so amazing we have no desire to put ourselves at risk and venture outside of our communities. Over the past 30 years we have become inundated with reality t.v. which contrary to most is scripted and over exaggerated. I understand it is hard to come up with creative content that appeals… Read more »