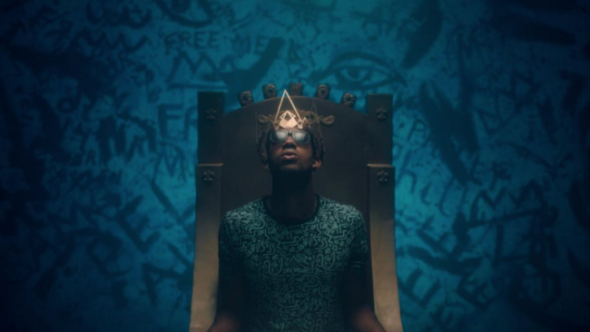 It looks like The Fresh Prince of Bel-Air is coming back as a drama. Will Smith, who starred in the original sitcom version, is teaming with Morgan Cooper to adapt the latter’s dramatic reimagining.

Cooper started the excitement with the release of his four-minute dramatic take on the classic 1990s sitcom in March 2019. It caught Smith’s attention and talks began about making it a drama series. Smith is jumping in to co-executive produce the series alongside Cooper, Quincy Jones and Benn Medina (original series producers), and series creators Andy and Susan Borowitz.

Check out Cooper’s trailer below.

Deadline revealed the following about the reboot of the 1990s series:

“With a reimagined vision, Bel-Air will dive deeper into the inherent conflicts, emotions and biases of what it means to be a Black man in America today, while still delivering the swagger and fun nods to the original show.”

Streamers including Netflix, Peacock, HBO Max, Amazon, and Apple have all expressed interest in the reboot of The Fresh Prince of Bel-Air. HBO Max currently streams the original series.

What do you think? Do you remember the original Fresh Prince of Bel-Air on NBC? Would you watch a dramatic reboot?

no thanks…dont need this, i feel sorry for tv viewers this year, everything is going to be so PC its ridiculous, just like all the “medical” shows are going to rehh th pandemic, WE ARE LIVING IT, i dont want to watch it on a show

No. I liked the fan made trailer, but I love the original show. I just want people to leave stuff alone.

Sorry….they just won’t leave stuff alone. They’ll say something along the lines of irrelevant show in this racial atmosphere….. (By the way in which none has been aggravated purposely in any way at all)