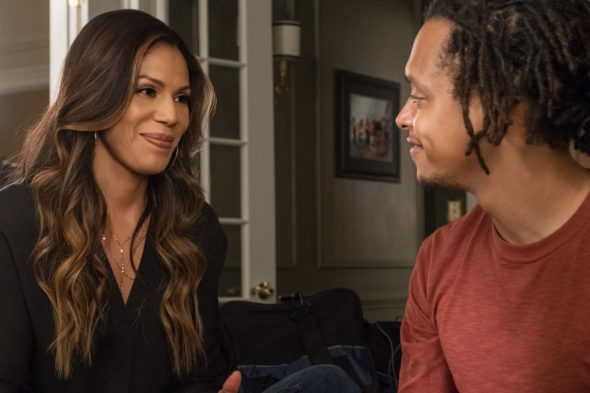 Can the family stick together in the fifth season of the Greenleaf TV show on OWN? As we all know, the Nielsen ratings typically play a big role in determining whether a TV show like Greenleaf is cancelled or renewed for season six (in this case, we know season five is the end). Unfortunately, most of us do not live in Nielsen households. Because many viewers feel frustration when their viewing habits and opinions aren’t considered, we invite you to rate all of the fifth season episodes of Greenleaf here.

An OWN church drama, Greenleaf stars Merle Dandridge, Keith David, Lynn Whitfield, Kim Hawthorne, Lamman Rucker, and Deborah Joy Winans. The story centers on the Greenleaf family and their Memphis megachurch’s congregation. In the final season, the Greenleafs attempt to maintain a united front in the face of losing their church to Bob Whitmore and Harmony and Hope Ministries, but secrets past and present create what could be fatal fractures in the family’s fragile foundation. The Bishop continues working to mend his rift with Lady Mae while, day by day, Harmony and Hope’s grip on Calvary tightens.

What do you think? Which season five episodes of the Greenleaf TV series do you rate as wonderful, terrible, or somewhere between? Do you think that Greenleaf should have been renewed for a sixth season on OWN? Don’t forget to vote, and share your thoughts, below.

Do not cancel this show my friends and I call each other every week about this show. I love it!

Please do not cancel this show! I love it and I just got more family and friends hooked on it. This show is so real and kinda true when showing you even the people of the Church are human and have faults and weaknesses. The cast is phenomenal.

Please…Please…PLEASE, don’t cancel Greenleaf! This series is so great that I have my fiance and his friends addicted to it lol! And the storyline is getting juicier every episode; so you can’t just build us up only to let us down! This story itself needs at least 3 more seasons (or longer)! The Show Must Go On!!

YESSSS…I SO AGREE with this comment!! This show has such substance to our real world, would be ashame not to renew for 6th season!!! PLEASE DONT SHUT IT DOWN, OPRAH!!!!‍♀️

Own is the only reason I purchased Philo none of the other networks I subscribe to have this network. Own, please do cancel Greenleaf its one of the best shows out here. Besides, I don’t watch much television.

This show is the very best Please don’t cancel

Simply love Greenleaf.. started out with a bang, but this website was not easy to navigate so nt sure my vote was counted. We need good stories and this one is grand.Please do NOT take it off. So many more stories that can be written.

WHY WOULD OWN cancel one of the best shows to ever be shown on this channel that would be such a mistake. I don’t watch this channel like I use to so many viewers have expressed their concerns hopefully they are listening…

Good. Please don’t cancel Greenleaf. I love the show. Thank you for the comment. Yes it is the best show on OWN.