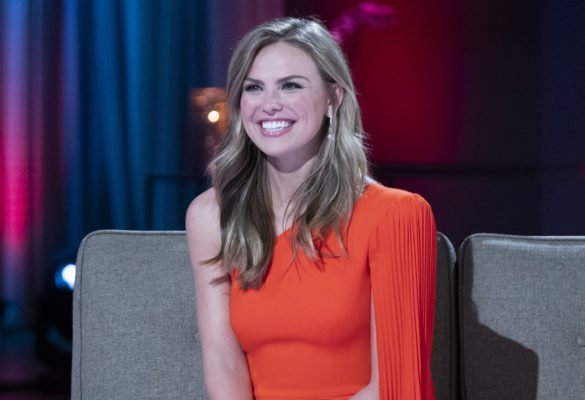 To no surprise, ABC has renewed their summer reality series, The Bachelorette, for a 15th season. The renewal was announced as part of tonight’s season finale of The Bachelor. Hannah Brown will be the subject of the new season which will debut on Monday, May 13th at 8 PM.

HANNAH BROWN WILL BEGIN HER JOURNEY TO FIND FIERCE LOVE AS THE STAR OF ABC’S HIT ROMANCE REALITY SERIES ‘THE BACHELORETTE,’ WHEN THE MILESTONE 15 TH SEASON PREMIERES, MONDAY, MAY 13

In Celebration of This Monumental Season, Chris Harrison Hits the Road with Bachelor Nation Super Fans, Driving Down Memory Lane and Reminiscing About 15 Seasons of Romance, on ‘Bachelorette Reunion: The Biggest Bachelorette Reunion in Bachelor History Ever!’

Hannah Brown caught the eye of Colton Underwood early on during the 23 rd  season of “The Bachelor,” showing him and all of America what Alabama Hannah is made of – a fun country girl who is unapologetically herself. After meeting Colton’s family in Denver, Hannah was left shocked and heartbroken when he unexpectedly ended their relationship that same evening. Returning home gave Hannah the time to reflect and heal from her breakup, gaining a powerful understanding of her desire to be deeply and fiercely loved. Now, with a newfound sense of self and a little southern charm, she is readier than ever to find her true love, when she stars in the milestone 15th season of “The Bachelorette,” premiering MONDAY, MAY 13 (8:00-10:01 p.m. EDT), on The ABC Television Network, streaming and on demand. The announcement was made tonight on the live season finale special of “The Bachelor.”

In anticipation of this journey, viewers will celebrate 15 seasons of romance with Chris Harrison as he hits the road with Bachelor Nation super fans, revisiting some of the most memorable dates and unforgettable moments from “The Bachelorette” history, leading to a Bachelorette reunion like no other with special surprises along the way, on “Bachelorette Reunion: The Biggest Bachelorette

Reunion in Bachelor History Ever!,” a two-hour special airing MONDAY, MAY 6 (8:00-10:01 p.m. EDT). Born and raised in Tuscaloosa, Hannah, 24, attended the University of Alabama, graduating magna cum laude with a degree in communications. She went on to become Miss Alabama USA in 2018 and used her platform to help others. Hannah became an advocate for those suffering from depression and anxiety, something she battled with during her teenage years. Now working as an interior decorator, Hannah enjoys helping transform people’s houses into homes. Having grown up in a loving home of her own, Hannah looks up to her parents as an example of the kind of love she wants one day. Whether she is running around with her two golden retrievers, taking over the dance floor or belting out country tunes, Hannah enjoys living life to the fullest. All that is missing is someone who will choose her every single day.

Hosted by Chris Harrison, “The Bachelorette” is a production of Next Entertainment in association with Warner Horizon Unscripted Television. Martin Hilton, Mike Fleiss, Nicole Woods and Bennett Graebner are the executive producers. “The Bachelorette” is broadcast in 720 Progressive (720P), ABC's selected HDTV format, with 5.1 stereo surround sound.

What do you think? Do you like The Bachelorette TV show on ABC? Do you think that Brown is a good choice to star in season 15? Will you be watching?

I’ll probably watch, but not to happy with the Bachelorette choice. I wasn’t a fan during the Bachelor season. I can’t wait to see who’ll be on Bachelor in Paradise.

No more a fan, as I have come to the conclusion the presentations are managed manipulated ,staged and directed .
So…no …not watching!

I’ll watch this bachelorette as much as I watched previous editions if it & the bachelor – NOT AT ALL! Hope how soon this genre tanks!
Thank you, GOD, for causing video games to have been invented! These dating/reality shows are all phony as a Ford Corvette! NO ONE acts naturally when he/she knows every move will be recorded.