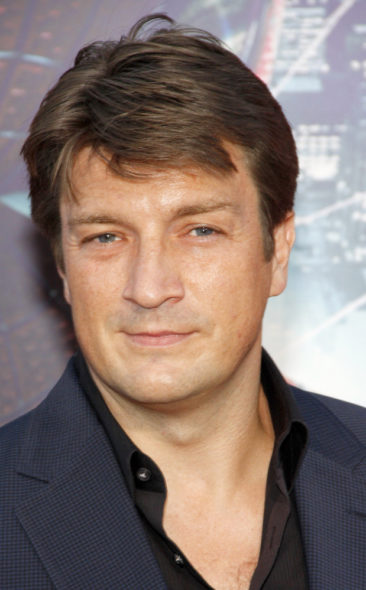 Here’s more from the Deadline exclusive:

Written by Hawley, The Rookie is inspired by a true story. Fillion plays John Nolan, the oldest rookie in the LAPD. At an age where most are at the peak of their career, Nolan cast aside his comfortable, small town life and moved to L.A. to pursue his dream of being a cop. Now, surrounded by rookies twenty years his junior, Nolan must navigate the dangerous, humorous and unpredictable world of a “young” cop, determined to make his second shot at life count.

Hawley and Fillion executive produce with The Mark Gordon Co’s Mark Gordon and Nicholas Pepper, along with Michelle Chapman and Jon Steinberg.

The Rookie draws parallels to another big package headlined by a proven TV star that the Mark Gordon Co. took out two years ago, right after relaunching as an independent studio with backing from eOne. That package, drama Designated Survivor with Kiefer Sutherland attached to star, also garnered interest from multiple networks before landing at ABC with a commitment matching that for The Rookie‘s. It is now in its second season on the network.

In addition to Designated Survivor, on which the Mark Gordon Co. serves as co-studio with ABC Studios, MGC also produces Grey’s Anatomy and Quantico on ABC, Criminal Minds at CBS, Ray Donovan on Showtime, and the upcoming series Youth & Consequences on YouTube. At ABC, MGC also has a put pilot commitment for Broken Record, executive produced by Meghan Trainor.

What do you think? Are you a Nathan Fillion fan? How do you like the sound of The Rookie TV series? Do you plan to check it out when it premieres on ABC? Let us know, below.

I love the Rookie. I also admit I love Nathsn Fillion. Followed him on Castle. But the Rookie has everything I like in a program A little mystery and danger, humor, personal stories and compassion in real life issues. Been looking for it all this fall . SO GLAD HE IS COMING BACK AND THE PROGRAM OF COURSE. THANK YOU

Great and funny series. Please keep it going for several more seasons. He was great in Serenity and Firefly movie and series.

Nathan Fillion I awesome in everything he’s done. It’s great how he can make you feel he is someone you know or would like to know. SeemsFunny, strong, concerned, ad sensitive just like a well rounded real person/actor should be. When you watch him and the crew you get drawn in and attached to the characters. I guess that’s because the show has the fantastic producers, directors and writers from Castle. “Listen”, Being that I’m so drawn in to these characters and feel for them, what the hell were you guys thinking when you killed off Capt. Zoe Anderson, Mercedes… Read more »