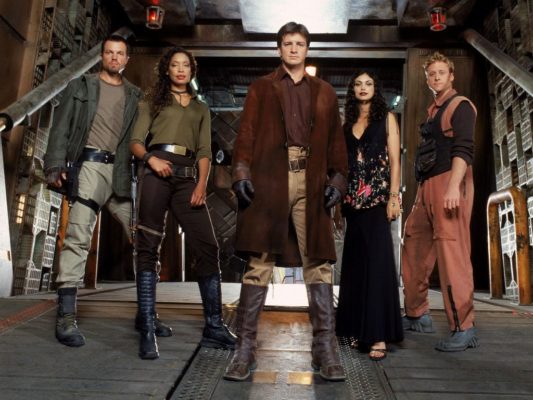 Firefly fans are in for a treat. TVInsider reports Nathan Fillion will pay homage to the cancelled FOX TV show on an upcoming episode of the ABC’s American Housewife.

Fillion may not be boarding the Serenity again anytime soon, but he will be playing a fictionalized version of himself on an upcoming episode of American Housewife. And from the looks of it, that version of himself looks an awful lot like Capt. Mal.

Check out photos of Fillion on set of the ABC series below:

What do you think? Are you a fan of Firefly? Do you want a reboot?

This was the best show ever,would love to see again

Sure self-proclaimed “fan[atic]s” won’t bemoan it???