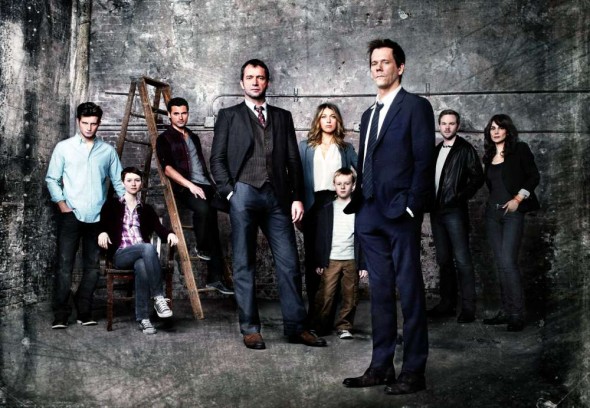 PLEASE tell me that this fantastic show was cancelled because of “The Real Housewives…”, or “The Bachelor/Bachelorette”, or some other ****** “reality” show!!! ✌

One of the best shows ever and I am still waiting for it’s comeback!!!!

The Following is one of the few psychological thrillers that would have rivaled Dexter if it had been given more thought, more creative direction, and a chance to evolve without it becoming the predictable gore fest it became. Not to discredit the original writer’s as episode after episode it had singular moments of awe and wtf moments that took your breath away but still, it lacked in plot, sub-plot and direction. I am, and will always be a fan left wondering what happened next, while also wondering how the f these people have not been committed for the cray-cray moments… Read more »

This show is amazing! I was on the edge of my sheet and hated the ending because there’s more to come. Please bring it back. I know a lot of people who want it to continue.

The show kept me very interested all the way through. I feel as if every character was done very well. Would love to see another season or a Movie.

The Following definitely had a following. This was an armchair-gripping drama with a storyline that many could believe as conceivably real-to-life and could easily happen. As with Hill Street Blues I will miss this mini-soap.

I am also disappointed. I just started watching this show. This is the type of show I love to watch. Pity.

Disappointed to see this show cancelled. One of the best I’ve ever seen. Riveting, non stop action… Couldn’t wait until the next episode. Such a shame.

I want this show back!!! So much left to tell in this story line!!! At least one more season pleeeease!!!