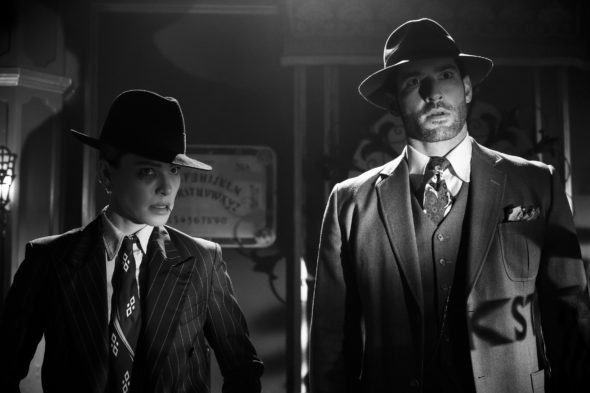 Is Hell better than L.A. in the fifth season of the Lucifer TV show on Netflix? As we all know, the Nielsen ratings typically play a big role in determining whether a TV show like Lucifer is cancelled or renewed for season six. Netflix and other streaming platforms, however, collect their own data. If you’ve been watching this TV series, we’d love to know how you feel about the fifth season episodes of Lucifer here.

What do you think? Which season five episodes of the Lucifer TV series do you rate as wonderful, terrible, or somewhere between? Are you glad that Lucifer on Netflix has been renewed for a sixth and final season? Don’t forget to vote, and share your thoughts, below.

Love, love, love Lucifer. So happy to be getting season 6. Thank-you, Netflix!

I love this show. They are all great, but Tom Ellis is wonderful as Lucifer. So much fun, so many laughs. Am glad it is getting one more season.

Unbelievable that you can’t have a show called God Friended Me but you can have one about Lucifer! Disgusting for sure!