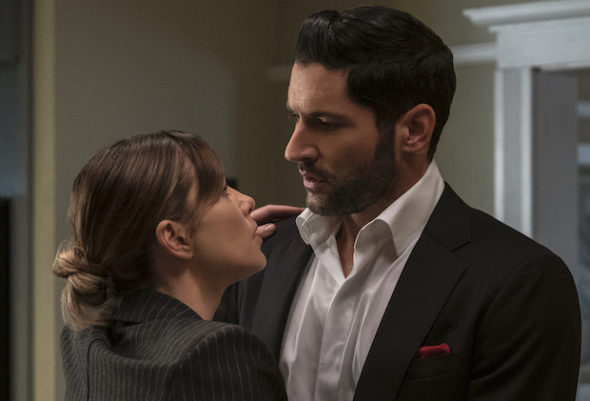 Fans of the Lucifer TV series are about to get more of “what they truly desire.” Netflix has announced that season five of the supernatural drama series will resume on Friday, May 28th. Eight episodes were released in August with another eight installments to come next month.

The series ran for three seasons on FOX (2016-18) before being cancelled. It was subsequently revived by Netflix for a fourth year (2019) and then, renewed for a fifth and final season of 16 episodes. Netflix subsequently decided to order a sixth and very final season of 10 episodes. It’s unclear when season six will be released but season five finishes next month.

Here to share some exciting news that you definitely did not already know:

Season 5B of Lucifer premieres May 28! pic.twitter.com/JFWx9ecH9X

What do you think? Do you like the Lucifer TV series? Are you looking forward to watching the remaining episodes of season five?

I can’t contain my excitement!!!

Got hooked in the first minutes of Series 1, episode 1.

Absolutely love this series! Thank you for more Lucifer!!!

LOVE LUCIFER and cast! Can’t wait for the series to return.
Hate to see Lucifer end. 🙁

I can’t wait for the new series: love also all the characters and it’s such a refreshing story! I felt awfull when I saw the last episode so I am very happy now. See you in Holland Lucifer!

I’m waiting with baited breath! Love the series, love all the characters, whom I miss seeing… looking for closure…

Lucifer is so charming and hard to take my eyes off even when he is oh so bad! I enjoy all the characters of this series and I hope everyone stays on board. I have been wondering when or if they would bring it back…shows seem to take so long to return and I suppose it is due to the pandemic. Well, in any case, it is worth the wait.

About time my TV alter ego returned. Curious to see what happens, now that “Dad” has finally joined the party, on Earth.

We finally have a return date! I am SO excited and cannot wait to watch season 5B!

I love this show!! So glad it will finally be back. Can’t wait to watch it.