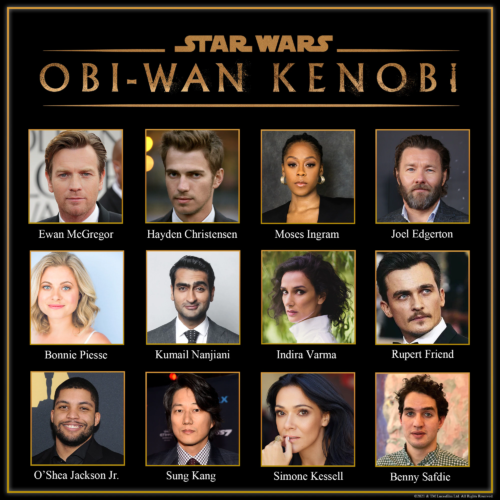 The story continues. Disney+ has announced that production will soon begin on the long-awaited live-action series Obi-Wan Kenobi. The show picks up 10 years after the events of the Star Wars: Revenge of the Sith movie from 2005.

There’s no word on a projected premiere at yet.

The series also marks the return of Hayden Christensen in the role of Darth Vader.

“Obi-Wan Kenobi” will be available exclusively on Disney+.

About Disney+
Disney+ is the dedicated streaming home for movies and shows from Disney, Pixar, Marvel, Star Wars, National Geographic, and more. As part of Disney’s Media and Entertainment Distribution segment, Disney+ is available on most internet-connected devices and offers commercial-free programming with a variety of original feature-length films, documentaries, live-action and animated series, and short-form content. Alongside unprecedented access to Disney’s incredible library of film and television entertainment, the service is also the exclusive streaming home for the latest releases from The Walt Disney Studios. Disney+ is available as part of a bundle offer that gives subscribers access to Disney+, Hulu, and ESPN+. Visit DisneyPlus.com to subscribe and/or learn more about the service.

What do you think? Are you a Disney+ subscriber? Are you looking forward to watching the Obi-Wan Kenobi TV series when it premieres?

Looking forward to the new Star Wars series! Glad some of the original cast are going to be in it! Yes I am a Disney + subscriber.