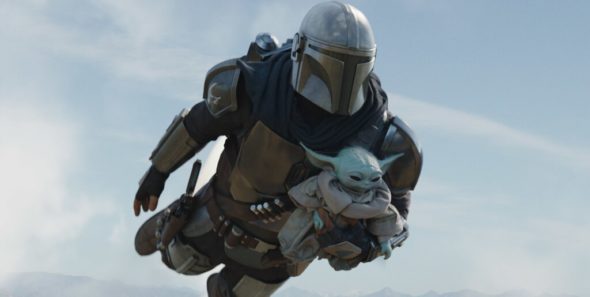 The Mandalorian has reportedly been a big hit for Disney+ so, it’s no surprise that the streaming service is going all-in on producing new Star Wars and Lucasfilm series. During a presentation for Disney investors, executives outlined their plans for TV series that subscribers can expect to see in the next few years.

The Acolyte — A mystery-thriller from Leslye Headland (creator of the Russian Doll series), this series will take viewers into a galaxy of shadowy secrets and emerging dark-side powers in the final days of the High Republic era.

Ahsoka — This live-action limited series revolves around Ahsoka Tano, a character who first appeared in the animated Star Wars: The Clone Wars movie as Anakin Skywalker’s apprentice. Rosario Dawson, who played the character in The Mandalorian, will star.

Ahsoka, a new Original Series, starring @RosarioDawson and set within the timeline of @TheMandalorian, is coming to @DisneyPlus. pic.twitter.com/jD8byvNvDP

Andor — A spy thriller, this series will see Diego Luna, reprising his role of rebel spy Cassian Andor from the Rogue One: A Star Wars Story movie. He’ll be joined by Stellan Skarsgård, Adria Arjona, Fiona Shaw, Denise Gough, Kyle Soller, and Genevieve O’Reilly. Production began two weeks ago on the 12 episodes and the show’s expected to debut in 2022.

“Everything I did, I did for the Rebellion.” Andor, an Original Series set in the Star Wars universe, is streaming in 2022 on #DisneyPlus. pic.twitter.com/q2IT2qzEeR

Lando — The galaxy’s favorite scoundrel, Lando Calrissian, will return in this event series. Justin Simien is in the early stages of developing the project. He previously created the Dear White People series and is a big Star Wars fan.

The Mandalorian — Lucasfilm head Kathleen Kennedy announced that season three of the series will begin on Christmas 2021. New episodes will continue to be released into 2022. The second season finale airs next Friday, December 18th.

Obi-Wan Kenobi — Directed by Deborah Chow, this live-action series stars Ewan McGregor as the iconic Jedi master. Hayden Christensen will reprise his role as Darth Vader in the upcoming series which picks up 10 years after the Star Wars: Revenge of the Sith movie. Filming begins early next year.

Hayden Christensen returns as Darth Vader, joining Ewan McGregor in OBI-WAN KENOBI. The Original Series begins 10 years after the dramatic events of Revenge of the Sith, and is coming to #DisneyPlus. pic.twitter.com/9WR2npRUkk

Rangers of the New Republic — A live-action series set within the timeline of The Mandalorian, this show may feature Cara Dune and other characters from Mandalorian and will intersect with that series.

Rangers of the New Republic, a new Original Series set within the timeline of @TheMandalorian, is coming to @DisneyPlus. pic.twitter.com/EMzFuiqdOs

Star Wars: The Bad Batch — An animated series, this show follows the elite and experimental clones of the Bad Batch as they find their way in a rapidly changing galaxy. The story picks up after the events in The Clone Wars series. The show was ordered to series in July 2020.

Willow — Set decades after Ron Howard’s 1988 movie, this series continues the spirit of adventure, heroics, and humor of the original film in this new series debuting on Disney+ in 2022. Warwick Davis will return in the role of the great sorcerer, Willow Ufgood, with Jon Chu (director of Crazy Rich Asians) directing the pilot.

Willow, an Original Series from Lucasfilm starring Warwick Davis, with pilot directed by @JonMChu, is coming in 2022 to @DisneyPlus. pic.twitter.com/pZSvG6T7cf

What do you think? Are you a fan of the Star Wars universe? Do you plan to check out any of these new Disney+ shows?

I will plan to watch the Disney +TV series.