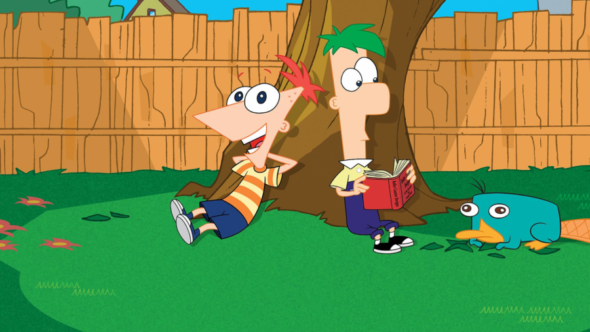 Disney+ revealed more about the animated movie in a press release.

“The out-of-this-world animated movie Phineas and Ferb The Movie: Candace Against the Universe, from Disney Television Animation, will premiere exclusively on Disney+ Friday, August 28. The soundtrack, from Walt Disney Records, will be available the same day.

Executive-produced by the creators/executive producers of the Emmy Award-winning Phineas and Ferb series, Dan Povenmire and Jeff “Swampy” Marsh, Phineas and Ferb The Movie: Candace Against the Universe is an adventure story that tracks stepbrothers Phineas and Ferb as they set out across the galaxy to rescue their older sister Candace, who after being abducted by aliens, finds utopia in a far-off planet, free of pesky little brothers.

What do you think? Are you excited to see the Phineas and Ferb characters again?

COOL, loved this show, cant wait for the movie, hope it leads to a new series, or series of movies in the future