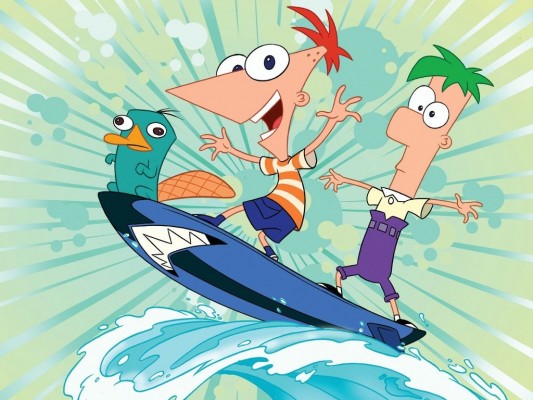 Are you a fan of Phineas and Ferb? Recently, Disney announced the cancelled TV show is now available to stream on DisneyNOW

The animated comedy centers on the adventures of Phineas Flynn and his British stepbrother, Ferb Fletcher. The show ran on Disney Channel and Disney XD from 2007 to 2015.

All episodes and specials of Phineas and Ferb are now available  to stream on DisneyNOW. Additionally, Disney XD will air the entire series (including seven one-hour specials) throughout the month of May.

“Phineas and Ferb” was created and executive produced by Dan Povenmire and Jeff “Swampy” Marsh, and produced by Disney Television Animation.”

What do you think? Have you seen Phineas and Ferb? Will you watch the show on DisneyNOW?

(*through clinched teeth*) The show was on Netflix before.

Unless DisneyNOW is going to become this new streaming service the mouse is planning, this whole thing is a waste of time. People aren’t going to use TV everywhere services if they’re cancelling their cable.