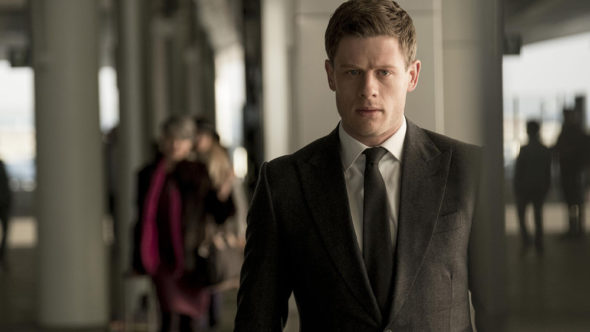 McMafia will be back … in the UK at least. Recently, the BBC announced they’ve renewed the TV show for a second season.

While the BBC has ordered a second season of McMafia, it’s unclear if AMC will pick up the new season for U.S. audiences given the show’s poor ratings. Season one averaged a low .07 rating in the 18-49 demo and 295,000 viewers.

Read more details from the BBC below:

The critically acclaimed show, created and written by Hossein Amini and James Watkins and inspired by Misha Glenny’s best-selling book of the same name, is the fourth most popular drama title, by peak episode, on BBC iPlayer ever, making it one of the most popular shows on BBC iPlayer of all time. Episode one is also the most watched content on BBC iPlayer so far this year.

Co-produced by the BBC, Cuba Pictures and AMC, in association with Twickenham Studios, McMafia series one had an overall average of 7.1 million viewers (28 days consolidated) Kicking off on New Year’s Day, it was the biggest new drama launch across any channel this year to date. It charted Alex Godman’s (James Norton) journey deeper and deeper into the world of organised crime, eventually finding himself unable to resist the lures of corruption. The drama’s clear relevance to the current world climate contributed greatly to both public and political debate, with new legislation on unexplained wealth orders dubbed “the McMafia Law”.

Creators Hossein Amini and James Watkins say: “We are so thrilled with how McMafia has resonated with audiences across the world and are delighted to be given the opportunity to cast more light on the shady intersections of transnational criminals and their enablers in finance, law, intelligence agencies and even in governments.”

Piers Wenger, Controller of BBC Drama, says: “McMafia’s blend of topicality and killer storytelling struck a chord with audiences and significantly added to the discourse around Anglo-Russian relations and we are excited to be returning to that world in the safe and brilliant hands of James and Hoss for series two.”

The series has been recommissioned by Piers Wenger, Controller of BBC Drama and Charlotte Moore, Director of BBC Content. Executive Producers are Nick Marston, Dixie Linder, Ben Hall and Robyn Slovo for Cuba Pictures, Elizabeth Kilgarriff for BBC One and Hossein Amini, James Watkins and Misha Glenny. Paul Ritchie will return as producer.”

What do you think? Have you seen McMafia? Will you watch season two?

waiting with bated breathe for season two. Hoping it will be out on Australian tv soon.

i loved this Show, hoping for more to come, please

I enjoyed Season 1 of McMafia and have been waiting for Season 2 to be aired or released in Australia. Is this going to happen?

Please bring season 2 of Mcmafia back to amc

Please pick up season 2.I love it

susan a.
Reply to  PhilS

I love this program. It would be a shame to stop now. 🙂 a lot of people don’t like it and say it is so very hard to follow.

I never post but I have to say we Loved this show. Please AMC bring us Season Two!!!!!

“McMafia” is a great show, please bring it back on AMC, for a second season.

C’mon AMC…tell us you will show it!! This show is so awesome.

Please renew McMafia on AMC! The shows got progressively better each week and would love to see it for a second season.

AMC Please pick up season 2. The show was great!

Absolutely! We loved it. I hope MAC renews it.