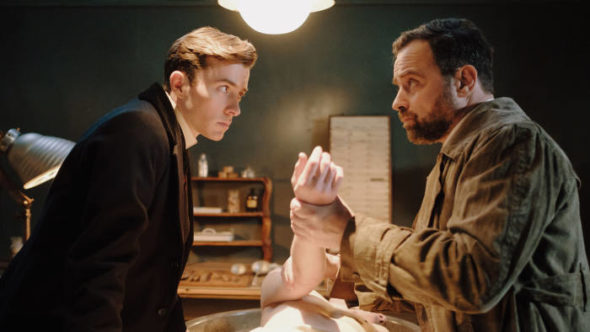 Vienna Blood is sticking around for another year. The series has been renewed for a second season, and it will continue to tell the story of 1990s Vienna. The first season wrapped in February on PBS.

The future of the series on PBS and BBC Two was revealed in a press release.

“Vienna Blood, the thrilling period crime drama set in 1900s Vienna, has been recommissioned for a second season by ORF (Austria) and ZDF (Germany).

Also, following the success of Season One in the UK and US, BBC Two and PBS are on board for Season Two.

The series will be directed by Academy Award® and Emmy® nominee Robert Dornhelm (Anne Frank: The Whole Story), the lead director of the first series of Vienna Blood.

Production on Season Two of Vienna Blood will begin in August 2020, shooting on location in Vienna in English, and once again starring Matthew Beard (The Imitation Game, Dracula) as Max Liebermann, and Juergen Maurer (Vorstadtweiber, Spuren des Bösen) as Detective Inspector Oskar Rheinhardt.

Season One of Vienna Blood premiered on BBC Two in 2019, attracting large audiences and rating as the No.2 drama of the year for the channel. On ORF, the first episode was the No.1 rated show of the year in the broadcaster’s Friday night primetime slot. The series also debuted successfully on PBS in February 2020, attracting both critical and viewer acclaim. The series has been sold to a range of other countries, including France, Spain, Finland, China, Japan and key territories across Central and Eastern Europe.”

A premiere date for season two of the Vienna Blood series was not revealed.

What do you think? Are you a fan of this historical drama? Will you watch season two of Vienna Blood?

I love it! Well done! Thank you!

I am rereading the novels and re-watching PBS season one: The novels and the TV adaptions are, by far, of superior quality in narrative, action, theme, plot-line, and
performances”. The historical references to persons and places are so interwoven as to educate readers in par excellence fashion. Cannot wait for the new season!

My favorite show. I will definitely watch.

I am glad to see this program renewed. Thank you PBS.

Absolutely loved it, so looking forward to another series!

Thrilled that there will be another season.

Love this show. Will watch Season 2 of course.