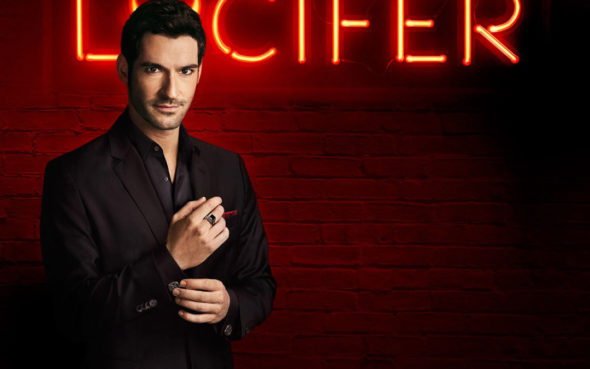 Lucifer has premiered the first half of its fifth season on Netflix, and there is a lot more left of the series for its fans. There’s the second half of season five (eight episodes) and a sixth and final season (10 episodes) after that. Production on the season five finale wasn’t completed due to the Coronavirus, but the cast will finish it before starting on season six.

Tom Ellis spoke about the way a season six renewal changed the end of the fifth season and what happens next for Lucifer. He said the following about the Netflix series, per The Wrap:

“I had a Zoom meeting with the writers last week, so I got a complete outline of Season 6. It’s interesting because obviously we thought Season 5 was the final season for pretty much the majority of the time. So we were headed in a particular direction and we spent a lot of time thinking about what the end of our show would be. And then Netflix said, ‘You want to do some more?’ And we said, ‘OK, let’s just hold on a second.’ But basically, where we finish our show in Season 6 is where we were going to finish in Season 5 — but we obviously got another story to tell in between as a breaking off point. There’s now 10 episodes of another story that then ties in and comes back to where we were going to finish it. That’s what I can tell you.”

What do you think? Are you a fan of the Lucifer TV show? Are you excited for more episodes of this Netflix series?

I love Lucifer and can’t wait to see the end of season 5. By the way when is that coming out?

I absolutely love Lucifer, have watches all 5 seasons three times, now on my forth time. So pleased there will be a continuation in a a sixth season. I understand there is going to be singing and dancing in S6, looking forward to that. Love the songs the way Lucifer sings them. All the cast are amazing, but Tom Ellis is an exceptional actor, I feel every emotion that he portrays. The double shots of Lucifer and Michael are very clever, Michael is very different with his higher right shoulder and American accent. All I wish is, there would be… Read more »

According to what I read above – (and I admit to being confused) – it appears that they were finishing Season 5 and, instead of leaving it hanging (because of COVID) and giving it a one or two show finish somewhere down the road, they are now bringing about a Season 6 to finish the show with 8 more chapters in a show that was supposed to finish at Season 4? Do I have this right? Because if I do, then YAHOO!!! I mean bring out the champagne and confetti because, seriously, I could not have dreamed up a better… Read more »

I AM SO HAPPY THAT THEY FINALLY PUT SEASON 5 ON, BUT THEY SHOULD HAVE MADE AT LEAST 10. I DON’T KNOW WHY NETFLIX IS CONTIUNING TO CANCEL THE SHOW, WHY FIX SOMETHING THAT IS NOT BROKEN. THEY ARE MAKING A HUGE MISTAKE.