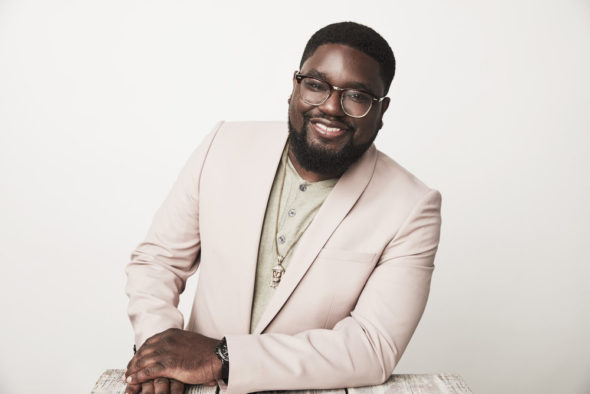 Comic Lil Rel Howery (Last Comic Standing, The Carmichael Show) is returning to NBC and helping the network give away cash. Howery is hosting the Small Fortune game show which is based on a British series and will launch on the peacock network on Monday, May 31st.

In the competition, teams of three must display dexterity and focus skills as they tackle games on miniature playing fields — from a shrunken sushi conveyor belt with tiny chopsticks to a mini Ellis Island. They’ll do their best to work together for a shot at earning $250,000 in the “Big Little Heist” finale game.

NBC’S “SMALL FORTUNE” TAKES COMEDY AND COMPETITION TO NEW LEVELS WITH PREMIERE SET FOR MONDAY, MAY 31 AT 10 P.M. ET/PT

· “Small Fortune,” NBC’s newest team competition game show hosted by Lil Rel Howery, premieres on Monday, May 31 at 10 p.m. ET/PT. The series is a British import based on Youngest Media’s popular U.K. format and is unlike any team competition ever seen on U.S. television.

· In each heart-pounding episode, teams of three from various backgrounds, including first responders and Olympians from around the country, work together to earn a shot at competing for the $250,000 cash prize in the “Big Little Heist” finale game.

· To get there, each team must prove their skills on miniature playing fields from a shrunken sushi conveyor belt with tiny chopsticks (“Teeny Sashimi”) to a mini Ellis Island (“Statue of Liberteeny”). Challenges will require considerable dexterity and intense focus because with games this small, there’s no room for error as the slightest miscalculation or tremble may result in losing tens of thousands of dollars.

· In the eight-episode series, Howery raises the stakes by mixing encouragement with his brand of laughs to keep the players on their toes and audiences equally as anxious and entertained.

· Howery is fresh off his successful HBO comedy special “Lil Rel Howery: Live in Crenshaw,” which was rated the #1 hourlong comedy special of 2019 by Vulture.com. In film, he is perhaps best known for his roles as TSA agent Rod Williams in the Oscar-winning “Get Out,” Charlie in the Netflix smash “Bird Box, and more recently as Wayne in the Oscar-nominated “Judas and The Black Messiah.” On the small screen, he starred as Bobby, brother to Jerrod Carmichael, on the critically acclaimed NBC series “The Carmichael Show,” also starring Tiffany Haddish as his ex-wife. In addition to making an impression with his own comedy series, “Rel” on Fox, Howery has lent his talents to “Insecure” on HBO, “Southside” on Comedy Central and more.

What do you think? Do you like the sound of the new Small Fortune TV series? Do you plan to watch this game show on NBC?