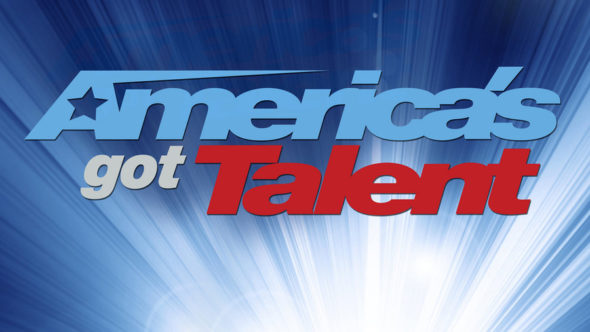 While it’s not yet spring, the Peacock Network is getting ready for summer. Today, NBC announced the 13th season premiere date for its summertime slate. The 13th season of its America’s Got Talent TV show will debut on Tuesday, May 29, 2018 at 8:00pm ET/PT.

Airing on the NBC television network, America’s Got Talent is a nationwide talent competition series, hosted by Tyra Banks. Howie Mandel, Simon Cowell, Melanie Brown, and Heidi Klum return to judge the 13th season. Guest judges this cycle should be announced at a later date.

Check out this NBC press release excerpt on the America’s Got Talent, season 13 premiere date.

After enjoying its most-watched season ever, “America’s Got Talent” returns for season 13 following a thrilling 12th season in which 12-year-old singing ventriloquist Darci Lynne Farmer from Oklahoma City, Okla., took home the grand prize. Judge Simon Cowell, Mel B, Heidi Klum and Howie Mandel, as well as host Tyra Banks, will all be back.

Last summer “America’s Got Talent” averaged a 3.5 rating in adults 18-49 and 16 million viewers overall in “live plus seven day” averages for original Tuesday telecasts, according to Nielsen Media Research. That made it “Talent’s” most-watched season ever in its 12th year. It was easily the #1 summer show in both measures and provided a strong lead-in to the #2 show of the summer, NBC’s “World of Dance.”

What do you think? Have you been watching the America’s Got Talent TV series? Do you think you’ll check out season 13, when it debuts on NBC?

July 17 I was extremely disappointed that the young man who sang opera was not sent on to the live shows. Not only were his performances both outstanding but he even, at Simon’s request, learned a song (in Italian) within one hour and then came back on stage and sang it beautifully!! How many of the other contestants, this year or in all previous years, could have done such a thing? He was Way far more deserving of being send ahead than most of those who were chosen to do so. A very Big & sad mistake for a person… Read more »

My wife and I happened upon America’s Got Talent last Summer and even though we don’t watch that much TV we made an exception for AGT. We love it, and are looking forward to Tuesday evening, May 29th, on NBC at 7PM CT.