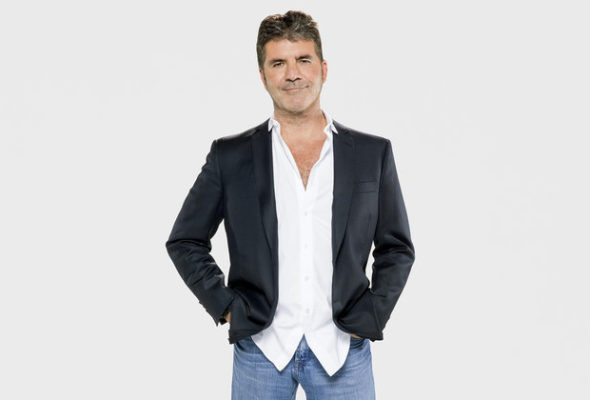 NBC has had great success with their summer series America’s Got Talent and now, they’re introducing a version for the winter months, helping to bridge the gap between the fall and spring editions of The Voice. America’s Got Talent: The Champions will pit the most memorable performers from past seasons and from around the world in a new competition.

NBC AND SIMON COWELL BRING BIGGEST ACTS FROM AROUND THE WORLD TO COMPETE IN NEW WINTER EDITION OF “AMERICA’S GOT TALENT: THE CHAMPIONS”

UNIVERSAL CITY, Calif. – May 12, 2018 – Warming up winter with summer’s hottest show, NBC, Syco Entertainment, FremantleMedia North America and executive producer Simon Cowell will be bringing back the most talented and memorable acts in series history to compete with one another when “America’s Got Talent: The Champions” arrives on the 2018-19 winter schedule.

“‘America’s Got Talent’ dominates the summer by bringing together The World’s Best ‘Got Talent’ acts for all ages with unique talents to the forefront,” said Telegdy. “Bringing the best ‘Got Talent’ competitors together for this winter edition will have these favorites elevating their acts to awe and inspire audiences like never before.”

“I have always wanted to have a competition show for the very best of the best ‘Got Talent’ acts from around the world,” Cowell said. “The variety and the talents of the acts who enter ‘Got Talent’ globally are incredible and unbelievable. Since ‘America’s Got Talent’ was where it all started, I’m absolutely delighted to be launching this on NBC.”

“For more than a decade, the ‘Got Talent’ format has been the world’s foremost platform for discovering the most entertaining and innovative acts,” said Jennifer Mullin, CEO, FremantleMedia North America. “‘AGT: The Champions’ will be a true celebration of culture and diversity.”

The upcoming 13th season of the summertime edition of “America’s Got Talent” will launch Tuesday, May 29 at 8 p.m. ET/PT.

“America’s Got Talent: The Champions” will bring together the most talented, memorable, wackiest and all-around favorites from past seasons of “AGT” for the ultimate display of talent. Additionally, some of the most popular acts from the other global “Got Talent” franchises, spanning 184 countries, will come to share their talents and compete against one other.

With the search open to acts of all ages, “America’s Got Talent” has brought the variety format back to the forefront of American culture by showcasing unique performers from around the world. The series is a true celebration of creativity and talent, featuring a colorful array of singers, dancers, comedians, contortionists, impressionists, magicians, ventriloquists and hopeful stars, all vying to win America’s hearts and $1 million.

Last summer “America’s Got Talent” averaged a 3.5 rating in adults 18-49 and 16.0 million viewers overall in “live plus seven day” averages for original Tuesday telecasts, according to Nielsen Media Research. That made it “Talent’s” most-watched season ever in its 12th year. It was the #1 summer show in both measures and provided a strong lead-in to the #2 show of the summer, NBC’s “World of Dance.”

The “Got Talent” format, created by Simon Cowell and co-owned by Syco Entertainment and FremantleMedia globally, holds the Guinness World Record as the most successful reality TV format of all time, airing in 184 countries and having been commissioned in 70 territories globally. More than 500 million people watch “Got Talent” around the world every year. “Britain’s Got Talent” holds the record as the U.K.’s most-watched show of this century and discovered global singing sensational Susan Boyle, who has sold 23 million records to date.

“America’s Got Talent” was created by Simon Cowell and is co-produced by FremantleMedia North America and Syco Entertainment. Simon Cowell, Sam Donnelly, Jason Raff, Trish Kinane and Richard Wallace are the executive producers.

What do you think? Do you look forward to checking out America’s Got Talent: The Champions on NBC?

How about a “Canadas Got Talent”