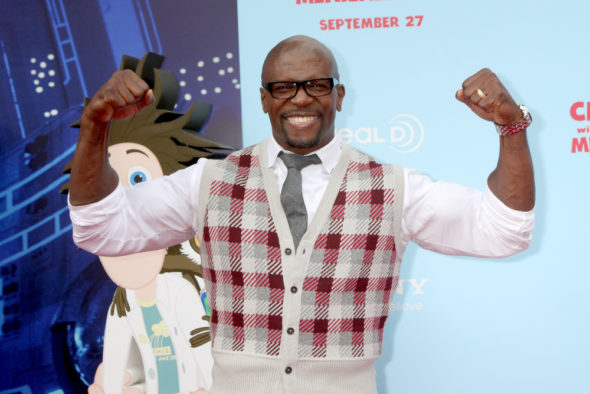 The reality competition series “will bring together the most talented, memorable, wackiest and all-around fan favorite acts from past seasons of “AGT,” featuring an array of remarkable performers.”

NBC has not yet announced a premiere date for America’s Got Talent: The Champions, but you can read more info below:

The series, from NBC, Syco Entertainment and Fremantle, will launch in January and feature the star-studded judges panel from “America’s Got Talent” – executive producer Simon Cowell, Mel B, Heidi Klum and Howie Mandel.

“I am so proud and honored to join Simon, Mel, Heidi and Howie in hosting the #1 alternative series on television,” Crews said. “NBC’s ‘America’s Got Talent’ is a show I love to watch with my family and now to actually be a part of this special edition, ‘The Champions,’ is more than I could have asked or dreamed. Now America’s Got Terry Crews!”

“America’s Got Talent: The Champions” will bring together the most talented, memorable, wackiest and all-around fan favorite acts from past seasons of “AGT,” featuring an array of remarkable performers. Additionally, some of the most popular acts from the other global “Got Talent” franchises, spanning 194 territories, will come to share their talents and compete against one another in the ultimate celebration of worldwide creativity and talent.

Crews is an action-movie hero, sitcom star, advertising pitchman, playable video game character, high-end furniture designer and human rights activist. Crews currently stars in the hit comedy series “Brooklyn Nine-Nine,” which will debut on NBC in midseason. His most recent films, the blockbuster “Deadpool 2” and critically applauded “Sorry to Bother You,” were both released this summer and he was named one of Time magazine’s 2017 Persons of the Year as one of the “Silence Breakers.”

After several years in the NFL with the Los Angeles Rams, San Diego Chargers, Washington Redskins and Philadelphia Eagles, Crews turned his talents to the performing arts, where his talent, hard work, character and dedication has made him one of the most respected talents in the industry.

Crews dedicates his free time to keeping physically fit – both in mind and body while also working with several non-profit organizations including Safe Horizon, Peace Over Violence and the Polaris Project. For his dedication in helping these organizations, he was awarded the UN Global Generation Award at the UN headquarters in 2015 and continues to be honored by numerous organizations for his tireless advocacy in helping to combat sexual harassment and abuse, domestic violence and human trafficking.

“America’s Got Talent” has remained the #1 summer show for 13 straight seasons. The series once again dominated this past summer’s television landscape with the Tuesday telecast beating the summer’s next most-watched entertainment program (excluding the Wednesday “AGT”) by +5.5 million persons. The final performance episode delivered the show’s most-watched telecast of the season to date, attracting 13 million same-day viewers.

The “Got Talent” format has had more than 900 million global viewers since it began airing in 2006 and has aired in 194 markets worldwide. “Got Talent” holds the Guinness World Records title as the Most Successful Reality Television Format in history, with 70 local versions produced across Europe, Asia Pacific, the Middle-East, Africa and the Americas.

“America’s Got Talent” was created by Simon Cowell and is co-produced by Syco Entertainment and Fremantle. Simon Cowell, Sam Donnelly, Jason Raff, Trish Kinane and Richard Wallace are the executive producers.”

What do you think? Do you watch America’s Got Talent? Will you check out The Champions

I LOVE AGT and will certainly watch The Champions !!!