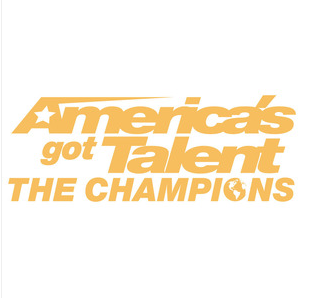 Who is the best of the best? NBC just announced the first group of acts for their upcoming TV show, America’s Got Talent: The Champions.

The spin-off “will bring together the world’s most talented, memorable and all-around fan favorite acts from past seasons of “AGT” and around the globe from the other “Got Talent” franchises,” spanning 194 territories.”

America’s Got Talent: The Champions premieres on NBC on January 7th at 8 p.m. ET/PT.

“America’s Got Talent: The Champions” will bring together the world’s most talented, memorable and all-around fan favorite acts from past seasons of “AGT” and around the globe from the other “Got Talent” franchises,” spanning 194 territories. These all-star acts, which include former winners and finalists, will once again take the stage to compete in a massive global competition with the hopes of claiming the ultimate title of World Champion.

Below please find 25 of the 50 acts who will compete on “America’s Got Talent: The Champions”:

This tenor fell in love with opera at age 16, which would eventually lead to him performing on, and winning, the first season of “Britain’s Got Talent” in 2007. His debut album, “One Chance,” topped the charts in 13 countries (including the UK) and his story inspired the Hollywood film of the same name, starring James Corden.

Shin Lim is the Season 13 winner of “America’s Got Talent.” Combining dexterity, precision and grace, he has distilled a lifetime of training into a devious display of dancing digits. His mind-blowing finger moves are so masterful that the audience is left to wonder if what their eyes have seen is truly possible. Shin is currently the reigning world FISM champion for close-up magic.

Kseniya Simonova is a sand animation artist who was the winner of “Ukraine’s Got Talent” in 2009. Competing on “AGT: The Champions” will be the first time Kseniya has ever stepped foot onto United States soil, and she’s confident that it won’t be the last.

Oratilwe AJ Hlongwane (6 years old) popularly known as DJ Arch Jnr, is a Johannesburg born young talent from South Africa. He won South “Africa’s Got Talent” in 2015 and became the youngest “Got Talent” winner ever at 3 years old. DJ Arch Jnr has secured many high-profile opportunities and was named the World’s Youngest Club DJ by the Guinness World Records.

Paul Zerdin is a British comedian and ventriloquist from London. He was the winner of the 10th season of America’s Got Talent. He had his own headline show, “Paul Zerdin – Mouthing Off,” at the Planet Hollywood in Las Vegas. Since then, he has been touring globally and has a TV special coming soon.

Moonlight Brothers are a dance duo full of acrobatic moves from Denmark who took the competition by storm winning “Denmark’s Got Talent” this year.

In 2009, Susan Boyle stepped onto the “Britain’s Got Talent” stage and won second place in the competition. Susan has gone on to make eight studio albums, as well as earning two Grammy Award nominations, three Guinness World Records, #1 albums in 40 plus countries, and 128 platinum and gold album certifications.

After earning national acclaim as the standout star of NBC’s “America’s Got Talent” and “Penn & Teller: Fool Us,” Piff the Magic Dragon performs nightly to sold-out rooms at his residency at the world-famous Flamingo Hotel & Casino in Las Vegas in the newly renamed Piff the Magic Dragon Theatre.

Sofie Dossi is a contortionist who is globally renowned for being a finalist and Golden Buzzer recipient on Season 11 of “America’s Got Talent.” Following her time on the show, Sofie launched her YouTube channel where she has amassed over 3 million subscribers. Sports Illustrated endowed Sofie with the title of “Halftime Performer of the Year” in 2017.

Kechi is a 28-year-old Nigerian-born woman currently living in Houston. Kechi found her true voice after surviving an accident – a plane crash that took the lives of 107 of 109 passengers in Nigeria in 2005. Kechi was a top 10 finalist on “America’s Got Talent” Season 12 and since then has released her first single, “Don’t You Dare” on iTunes and Spotify. She has become an ambassador for the burn hospital that first treated her here in the States.

At just 10 years old, Issy Simpson has been hailed as one of the most unique magicians in the world after she captured the hearts of the public on the last season of “Britain’s Got Talent.” Since then, she has headlined at the world’s largest magic convention and been given a prestigious award at the world famous Magic Circle. Issy also made her U.S. primetime TV debut on NBC’s “Little Big Shots.”

Light Balance is high-tech neon and LED dance troupe from Ukraine. They finished in third place in season 12 of “AGT.” For their first audition they received the Golden Buzzer from Tyra Banks. Light Balance is currently working on a full-time show and national tour.

John Andrew Quale is best known as Prince Poppycock and was a finalist on America’s Got Talent in 2010. John recently originated the role of Albert Maysles in the original parody musical ‘Gaga Gardens’, and before that was nominated for an LA Ovation award in his turn as The Snow Queen.

The DDF Crew is a double dutch (or jump rope) crew from Belgium that participated in “Holland’s Got Talent” in 2012. The group won the Golden Ticket at the auditions and went on to win the entire show. From that moment, DDF Crew has had the opportunity to perform all over the world, meeting amazing people and artists along the way.

Since appearing on the show in 2009, the Texas Tenors – JC, Marcus and John – have released four studio albums. Their most recent albums, “Rise” and “A Collection of Broadway and American Classics,” both debuted at #1 on the Billboard Classical Chart. The Texas Tenors are celebrating 10 years together with “10th Anniversary Tour.”

Comedian Tom Cotter has taken the comedy scene by storm since finishing as runner-up and becoming a breakout star from Season 7’s “America’s Got Talent.” You can find Tom headlining many of America’s most famous comedy clubs, including the Improv, Catch a Rising Star, the Gotham Comedy Club and Caroline’s on Broadway.

Taylor was the runner-up on Season 8 of “America’s Got Talent.” Since performing on the show, he has released a comedy album, “Laughter? I Hardly Know Her!” which reached No. 1 on the iTunes comedy charts. He also released his first comedy special, “Please Like Me,” which is available on Amazon Prime. When he’s not traveling around the world making sold-out crowds of strangers laugh/uncomfortable, Taylor is busy hosting “Taylor’s Talk Show” every month live in Los Angeles.

Hailing from Season 11 of “America’s Got Talent,” Tape Face has completed a sold-out 52 date tour of some of the UK’s most iconic venues and a regional U.S. tour. Now, Tape Face performs at his very own uniquely customized venue in conjunction with Harrah’s Las Vegas, which is called House of Tape.

Billy & Emily England are a brother and sister duo who are originally from Birmingham, England, and now live in Las Vegas, Nevada. They competed in season 9 of Britain’s Got Talent and season 12 of America’s Got Talent. They are currently a star attraction in “Absinthe” Las Vegas.

After struggling with depression as a teen, Carson welcomed Hero into her world and the collie quickly turned her life around for the better. Since placing fifth on Season 12 of “America’s Got Talent,” Carson created the dog training app “Puppr.”

Deadly Games, also known as Alfredo & Anna Silva, was a knife-thrower duo act from Season 11 of “America’s Got Talent” that made it to the semifinals. Noteworthy TV appearances have included “The Late Late Show with James Corden” on CBS, “France’s Got Talent” (semifinalists), “Don Francisco Te Invita” on Telemundo and “Le Plus Grand Cabaret du Monde,” one of the most prestigious of all TV shows in Europe.

Uzeyer Novruzov, 42, hails from Azerbaijan and was a top 10 finalist in America’s Got Talent in 2015. In 2016, he did the Guinness World Record in Beijing China where he climbed a 20-foot ladder and stood on top of it for up to 8 minutes.

“America’s Got Talent” has remained the #1 summer show for 13 straight seasons. The series once again dominated this past summer’s television landscape with the Tuesday telecast beating the summer’s next most-watched entertainment program (excluding the Wednesday “AGT”) by +5.5 million persons. The final performance episode delivered the show’s most-watched telecast of the season to date, attracting 13 million same-day viewers.

The “Got Talent” format has had more than 900 million global viewers since it began airing in 2006 and has aired in 194 markets worldwide. “Got Talent” holds the Guinness World Records title as the Most Successful Reality Television Format in history, with 70 local versions produced across Europe, Asia Pacific, the Middle-East, Africa and the Americas.

Auditions for the next season of “America’s Got Talent” are currently underway. Interested acts can register for one of the audition cities or submit an online audition by visiting www.AGTAuditions.com.

“America’s Got Talent” was created by Simon Cowell and is co-produced by Fremantle and Syco Entertainment. Simon Cowell, Sam Donnelly, Jason Raff, Trish Kinane and Richard Wallace are the executive producers.”

What do you think? Are you a fan of America’s Got Talent? Will you watch The Champions?

A lot of my favorites are going to be featured so I am super excited that I will be able to see them compete once again!!

I am a big fan of Americas got talent