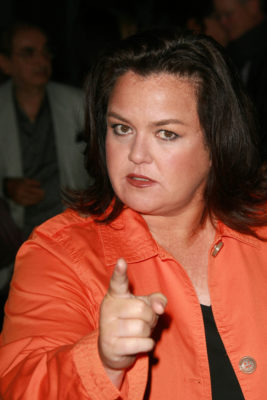 Who’s coming to The Talk? Deadline reports Rosie O’Donnell and Carrie Ann Inaba are in the running to replace Julie Chen on the CBS TV show.

Both O’Donnell and Inaba will guest host on this Friday’s episode of The Talk. O’Donnell has previously co-hosted on The View but left in 2015. Inaba serves as a judge on ABC’s Dancing with the stars.

this friday i will be guest hosting with the ladies of @TheTalkCBS – dont miss it !! ❤️♥️❤️ pic.twitter.com/TxfbydksqA

What do you think? Do you watch The Talk? Who do you want to replace Chen — O’Donnell or Inaba?

Carrie Ann all the way!!!
NO Rosie

Carrie Ann all the way!

NO Rosie– don’t we have enough shows that do nothing but blast Trump- I would never watch Rosie the Baracuda in any show.

Carrie Ann Inaba, she has been fitting in quite well in the recent shows she’s been on. Rosie HELL NO, won’t even bother watching it with her on it can’t stand her, only thing that U agree with trump is how obnoxious she is.14TQx

Not Rosie. She will monopolize the table. Can’t see her getting along with the other ladies on an ongoing basis. Won’t watch if it’s Rosie

If Rosie O’Donnell replaces Julie I will never watch The Talk again. Please, please Carrie Ann would be the best to replace Julie. Julie said this herself when she gave her speech that she was leaving The Talk.

Could not agree more with you Brenda

Good grief! Not Rosie O’Donnell! The ratings will tank! I’d rather see Carrie Ann take over. Julie did two shows, why not Carrie Ann?

I would never watch it again if Rosie was on it!! Carrie Ann would bring more diversity and fun!

Both ladies are great choices