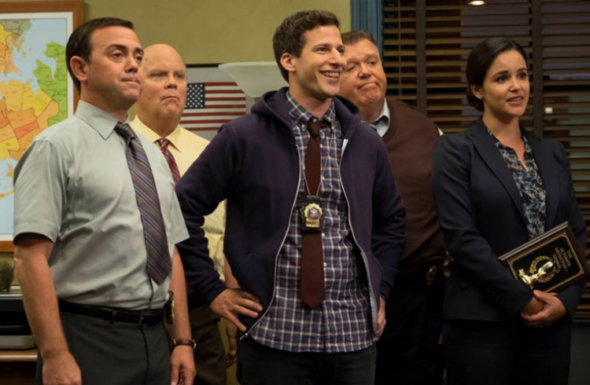 Are you ready for the return of Brooklyn Nine-Nine? Star Terry Crews just revealed season six is coming to NBC in January.

On social media, Crews announced season six of Brooklyn Nine-Nine will debut on NBC in January 2019. The network has not yet confirmed the news, but you can see behind-the-scenes photos below:

VIDEO | Terry Crews just announced on instagram live that Brooklyn Nine-Nine will be back with season 6 in January!! pic.twitter.com/85C2lj8Znm

What do you think? Are you a fan of Brooklyn Nine-Nine? Are you looking forward to season six?

Bingpot! Im so glad we might get 1 or more seasons as I feel the show has always been great but only after so much story has the characters and show as a whole, just started hitting its stride.