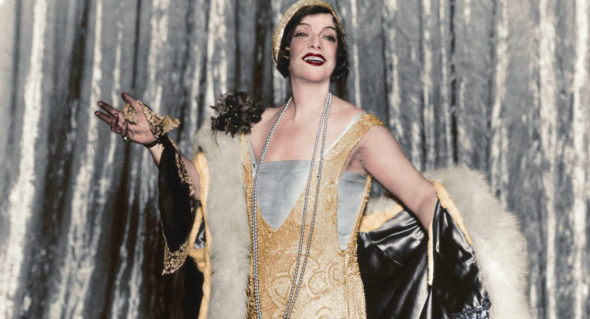 Get ready to see history in a whole new way. Recently, Smithsonian Channel announced America in Color will return for a second season in November.

The docuseries “startlingly detailed restoration and colorization to bridge the decades and present history as it was lived – in color.” The new season will explore the first Indianapolis 500, the 1919 World Series, and the Rockefellers.

Season two of America in Color premieres on Smithsonian Channel on November 18th at 8 p.m. ET/PT.

NEW YORK, October 18, 2018 – Smithsonian Channel continues putting the color back into history, restoring it to life with the return of AMERICA IN COLOR. Season two dives even deeper into historical archives, private collections and home movies, digitizing over 23 miles of footage, in search of the people, places and moments – big and small – that helped define the 20th century. Through rare imagery of the birth of American traditions like the Girl Scouts and the first Indianapolis 500 to in-game footage of the infamous 1919 Black Sox World Series and even the legendary Rockefeller family’s own home movies, the series continues to use startlingly detailed restoration and colorization to bridge the decades and present history as it was lived – in color. Building on the decade-by-decade approach of season one, season two captures the country’s explosive transformation: the men and women who drove it, its impact on the land and society at large, and the birth of a mass culture that we still recognize today. From the Golden Age of Hollywood to the Wild West and organized crime, the new season explores some of the most significant moments in American history, now in color for the first time. AMERICA IN COLOR returns Sunday, November 18 at 8 PM ET/PT.

The season premiere, AMERICA IN COLOR: WILD WEST, kicks off at the start of the 20th century, when the legend of the West as a feral and untamed land is still powerful. From gunfights at the O.K. Corral to the Indian Wars and Buffalo Bill, it is a place where history becomes myth. Over the next six decades, that spirit persists, even as the West breaks out of this image to become a dynamic region that paves the way for a modern America.

Subsequent episodes of AMERICA IN COLOR include:

AMERICA IN COLOR: TITANS OF INDUSTRY

Throughout the first half of the 20th century, America leads the world in industrial innovation. The nation embraces a technological revolution that changes its way of life, and the world, forever. TITANS OF INDUSTRY starts at the inaugural Indy 500 in 1911 and goes on to show how the lives and businesses of three families – the Fords, Firestones and Edisons – interweave over 70 years to drive America’s industrial transformation.

Between 1919 and 1963, America’s criminals build a vast empire, finding money-making opportunities everywhere. Starting with fixing a baseball World Series and cutting their teeth by supplying bootleg liquor during Prohibition, a group of powerful figures shapes crime into an organized business that exploits political corruption and reaches across America.

In the early 20th century, new leisure and recreation opportunities transform American lives. Now with disposable incomes for the first time, society fills its free time with wholesome entertainment and sports, breaking down class barriers for this new generation. Through the depression, war and the resulting boom, play defines who Americans are as leisure becomes the cornerstone of the national identity.

The 20th century sees America evolve into a major player on the world stage. As the country’s star rises, a handful of wealthy, powerful and interconnected families dominate the nation. These epic dynasties – from the Rockefellers to the Vanderbilts – capture the imagination, adoration and even revulsion of the American people. AMERICAN ROYALTY tells the story of these legacies which embody the American dream.

From humble beginnings, Hollywood becomes one of the world’s leading multi-billion dollar industries, cornering the market on glitz, glamour and fame. Powerful studio moguls control the business while stars such as Charlie Chaplin and Mary Pickford become global icons. As Hollywood’s power and influence grows, so do its critics, accusing the industry of being immoral and subversive. Television eventually arrives to challenge its monopoly, but Hollywood is resilient, adapting and evolving to remain America’s Dream Factory.

What do you think? Have you seen America in Color? Will you watch the new season?