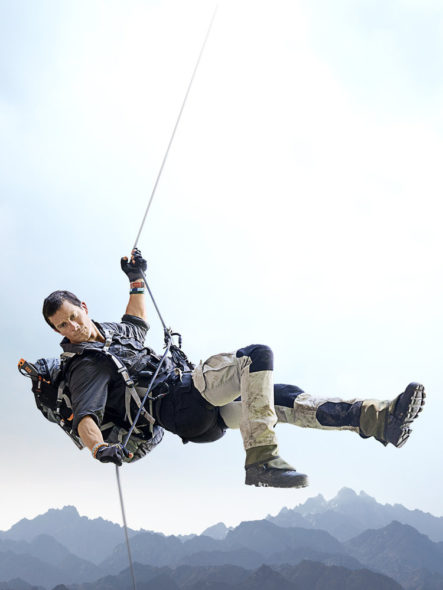 The Peacock Network is still wild about Bear Grylls. NBC has renewed his Running Wild with Bear Grylls TV show for a fourth season. Additionally, the network has announced season four will premiere on .

An NBC reality TV series, Running Wild with Bear Grylls follows the adventurer and survivalist, as he takes celebrities on a 48-hour journey of a lifetime — into the wildest and most remote locations, worldwide. Roger Federer, Joseph Gordon-Levitt, Lena Headey, Uzo Aduba, Keri Russell, Don Cheadle, Scott Eastwood, and Derek Hough are slated to appear in season four.

Running Wild with Bear Grylls: A Look at the Ratings

“American Ninja Warrior” Swings Back on Wednesday, May 30 and

Season four promises to be the most exciting yet, with some of the biggest stars of sports and entertainment joining Bear.

“Running Wild with Bear Grylls” delivered a 1.3 rating in adults 18-49 and 4.1 million viewers overall during its last full season over the summer of 2016 and finished undefeated that summer versus regular ABC and CBS timeslot competition in 18-49.

What do you think? Do you still like the Running Wild with Bear Grylls TV series? How many seasons do you think it will run on NBC?

Jimmy Falon stated on his show the other day that he has never been camping in his life. I think he would be a great person for your show.