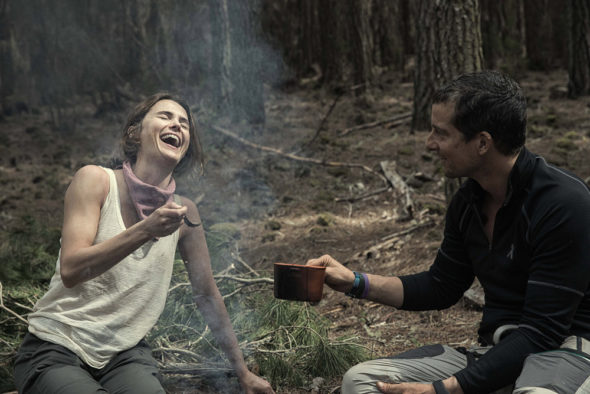 An NBC reality TV series, Running Wild with Bear Grylls follows adventurer and survivalist Bear Grylls — as he takes celebrities on a 48-hour journey of a lifetime — into the wildest and most remote locations the world has to offer. Celebrities featured in season four include Joseph Gordon-Levitt, Keri Russell, Lena Headey, Roger Federer, Uzo Aduba, Don Cheadle, Scott Eastwood, and Derek Hough..

**2/11/19 Status Update: Running Wild with Bear Grylls has been renewed for season five, which is moving to National Geographic Channel. Details here.

When is the episode with Roger Federer. It was listed for 7/2; however, it appears Scott Eastwood was the guest tonight…does anyone know when the Roger Federer episode will air?

Please renewed another season when is next episode hope on whole so confuse make more.