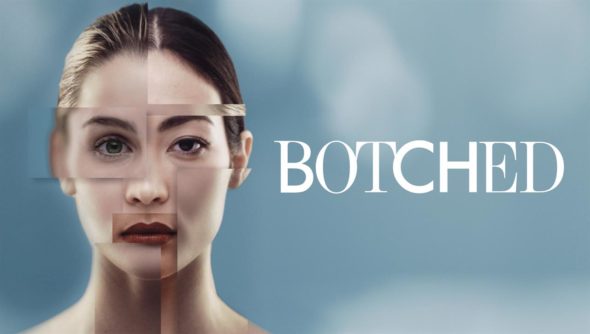 Botched is back. Today, E! announced the TV series will return for a fifth season in May.

Los Angeles- March 6, 2018- E! has greenlit a fifth season of mega-hit series “Botched,” as Dr. Terry Dubrow and Dr. Paul Nassif continue to draw on expertise only the Botched doctors have in an effort to transform the lives and restore the confidence of patients desperately in need of both. Over the last four seasons of “Botched,” the doctors have tackled some of the most challenging and nearly impossible reconstructive procedures, from removing cement from a patient’s face to rebuilding noses and repairing some of the most horrific plastic surgery catastrophes. The doctors will once again face patients with medical problems that test their skills and push their limits when all-new episodes of “Botched” return Wednesday, May 9th at 9PM ET/PT on E!.

On the mid-season return of “Botched,” Dr. Dubrow helps New Jersey Housewife, Kim DePaola, after a few breast augmentations gone wrong, while Dr. Nassif tackles a car-wrecked twin’s twisted nose and a plastic surgery fanatic, who made headlines after receiving 350CC implants that tripled the size of his natural buttocks, needs his nose fixed so he can reach his own plastic perfection. Coming up this season on “Botched,” fan favorite Rajee returns, the doctors take on a patient who nearly died after a mommy makeover gone wrong and just when the doctors think they’ve seen it all, a patient ravaged by a flesh eating disease, seeks the doctors help to save what’s left of her breasts.

The first half of season four of “Botched” finished with 1.2M total viewers and 562k A18-49 and consistently ranked across the Top 10 original programs on Sundays and Thursday in Primetime (8-11pm) across ad-supported cable among key demos P/W 18-49 and P/W18-34. “Botched” garnered over 18MM engagements on social platforms during the first half of season four, +150% growth vs. Season 3 at 7.2MM engagements.

What do you think? Have you seen Botched? Will you watch the new season?

So excited love the show watching with my 32 year old daughter every show made wouldn’t mind being on show myself with an older problem (( Glad your total producer’s too so deserve d .Gail

I LOVE Botched! It’s my guilty pleasure show!! 😀 Dr. Dubrow cracks me up! I’m so excited that Botched has been renewed for another season!