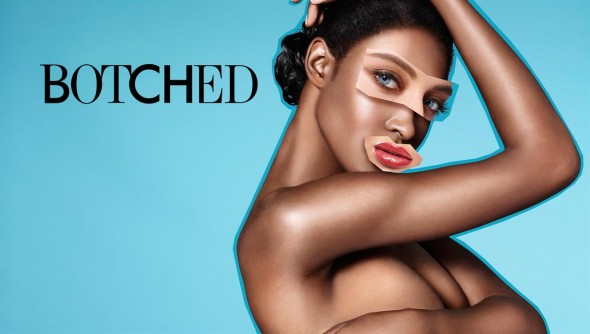 What’s in store for the new season of Botched? E! just announced the TV show will return for a sixth season and special this fall.

Los Angeles, CA – September 20, 2019 — E!’s hit reality series, “Botched,” returns for a sixth season on Tuesday, November 5that 10PM ET/PT with Dr. Terry Dubrow and Dr. Paul Nassif once again bringing their incomparable expertise and witty banter to the OR as they revise and repair the most challenging reconstructive cases in plastic surgery. This season, the doctors take on more horrific plastic surgery catastrophes and transform the lives of their hopeless patients, including a woman who grows pubic hair from her cheek due to an unfortunate skin graft, a patient with an endlessly flipping butt implant, and a woman who is “double stacked” with four breast implants. The doctors encounter even more shocking patients with “bologna” areolas, a “pelican neck,” and a “Pinocchio” nose, as well as unconventional patient requests like a UK man who wants to look like Jimin from the K-Pop band “BTS,” a transgender woman who is hoping to morph into a real-life Bratz doll, and more. See the most outrageous show moments, mind-blowing transformations, and over-the-top patients of the entire series on the “Most Outrageous Patients Special” airing Tuesday, October 29th at 10PM ET/PT.

On the sixth season premiere of “Botched,” Dr. Dubrow and Dr. Nassif meet with reality diva and former patient, Tiffany “New York” Pollard. Tiffany returns to the doctors in search of answers after experiencing symptoms of BII (Breast Implant Illness), a condition in which breast implants can cause patients to become seriously ill. Dr. Dubrow encounters a breast augmentation he has “never seen before” in patient Gia Gotham, a cos-play vixen whose nightlife has led her to body modification including a split, snake-like tongue and dangerously large breasts. Gia is looking to restore her confidence following a 2,050CC implant surgery that resulted in a lopsided chest, which is still not big enough in her mind. Plus, formerly rejected patient Jonathan Fung returns in desperate need of the doctors’ help after proceeding with multiple lip filler injections against their previous advice.

What do you think? Do you watch Botched? Will you watch the new season?

I am and will always be a real fan of the show. I wish they could consider me for a mom make over, breast and Tummy for their show. I love your work to help others love themselves again.

Botched is one of the best professional shows that show the foolish mistakes, the unhappiness and joy that comes along with the amazing work and humor of these two Doctors and the Great Team that works with them. “Love the the show.”

My husband and I can’t wait every wk. sadly we’ve missed first this year. The show is such a hoot !!!

Not only will I watch the show but I want to be on the show. I have survived abused all my life. Unfortunately it’s showing and I’m 56. It would make me so happy to turn back the clock. Give me some of the years I lost. I was almost killed and I can prove that. The media tried to report my last attack. Let’s give it to them from my mouth. I would Love Love and give me my wish to turn back the clock. It hurts so much to look in the mirror or take pictures and see… Read more »

I am so excited that Dr. Nassif and Dr. Dubrow are coming back with a new season!! This is one of the
most interesting and entertaining shows on tv!!! I love the banter and the before and after results of
their patients. I just wish I lived closer and could afford to have them work on me! I can’t wait til November!!! And I hope there will be a season
7 too!!!

I love the program Botched. These two amazing doctors put a smile on my face when they are able to make their patients smile after they have corrected the deformity made by other surgeons.