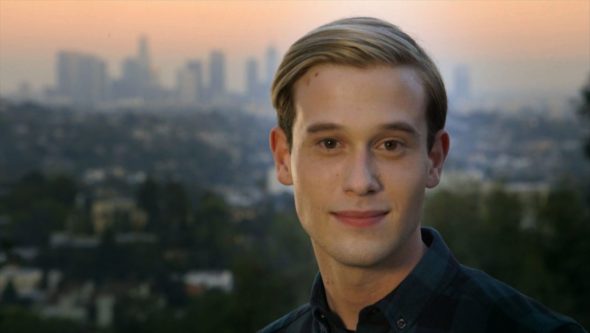 Los Angeles, CA, January 24, 2019 – E! Entertainment’s “Hollywood Medium with Tyler Henry” returns Thursday, February 21st at 8pm ET/PT, with astounding readings of superstars looking for advice, connection, healing, and closure. As Hollywood’s most sought after clairvoyant, Tyler sits down with “America’s Got Talent” host and television personality Howie Mandel to help him connect with his deceased father. Former “Real Housewives of New York” star Jill Zarin connects with her late-husband who has a special message for her. “Queer Eye’s” Karamo Brown gets a reading of a lifetime when his grandmother comes through with a specific message after his Emmy win and so much more. On the medical front, Dr. Drew will accompany Tyler for a brain scan where viewers will get a first-hand look of what’s going on inside Tyler’s head. Audiences will also get an inside look at Tyler’s life behind the scenes including his sold-out nationwide live readings, award-show appearances, and fan interactions.

What do you think? Have you seen Hollywood Medium? Will you watch the new season?

I can’t wait to see Tyler Henry back again into the show “Hollywood Medium, Tyler Henry.” Love You, Tyler!

I love Tyler and am looking forward to seeing him back on his series I have missed him terribly.
I wish I could have a reading with him , he is Amazing.
Love you Tyler and thank you
Sincerely
Aida Rypkema

I like when he starts sweating while he is doing the reading. The Demon must be baking his innards 🙂