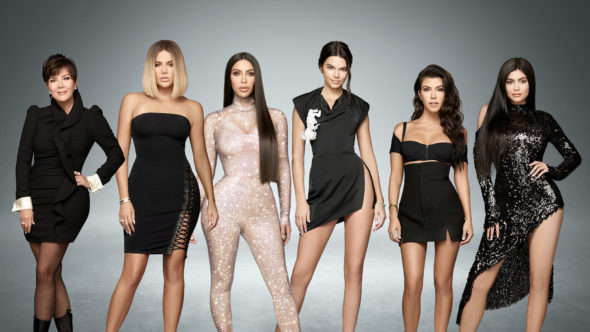 The new season of the reality series will see Kim and Kanye expecting their fourth child, Kourtney celebrating a milestone birthday, and a family trip to Wyoming.

Season 17 of Keeping Up with the Kardashians premieres on E! on September 8th at 9 p.m. ET/PT.

Los Angeles, CA, August 2, 2019 – E!’s mega-hit series, “Keeping Up with the Kardashians,” returns for its seventeenth season on Sunday, September 8 at 9pm ET/PT. In the aftermath of a devastating betrayal that left her and her family shaken, this season Khloé sets out on a quest for healing as she navigates unfamiliar co-parenting territory and faces some setbacks along the way. As Kim awaits the arrival of her fourth baby, she receives an unnerving medical diagnosis that could change her life forever. Meanwhile, Kourtney reaches a milestone birthday. In what’s becoming an annual family tradition, Kendall, Kylie, Kim and Kris head to New York for their most campy, and glamorous, Met Ball yet. In true Kardashian/Jenner style, Kylie throws a lavish birthday celebration for Khloé that she won’t soon forget. Tensions rise as Scott receives some unsolicited parenting advice from Kris’s boyfriend Corey, resulting in a family divide. Just when it seems no one in the family can see eye-to-eye, Kris plans a bonding trip to Wyoming for a cattle drive to bring the family closer together. In a series first, Kim and Khloé break the fourth wall amid concerns that certain family members are not pulling their weight when it comes to sharing their lives for the cameras, threatening to take drastic action. In the face of adversity, the Kardashians set out to prove that headlines only tell part of the story and that this family can overcome any obstacles thrown their way.

Subscribe to the “Keeping Up with the Kardashians” YouTube channel to stay up to date with the latest recaps, epic moments, and bonus clips.

“Flip It Like Disick” is produced by STXtelevision with Tower 2 Productions and Ryan Seacrest Productions, with Ryan Holcomb, Jason Goldberg, Lori Gordon, Scott Disick and Kris Jenner serving as executive producers. Follow along across social using hashtag #FlipItLikeDisick on Twitter, Instagram and Facebook.

What do you think? Do you watch Keeping Up with the Kardashians? Are you excited for the new season?