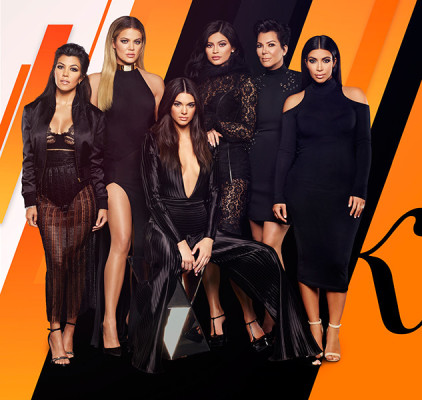 The Kardashians aren’t going away anytime soon. According to The Hollywood Reporter, E! has renewed Keeping Up with the Kardashians for several more seasons.

The popular reality show recently celebrated its 10th anniversary and will air its 200th episode on October 29th. Since it debuted in 2007, the series has also spawned several spin-off shows, including Kourtney and Khloe Take Miami, Khloe & Lamar, Dash Dolls, I Am Cait, Rob & Chyna, and Life With Kylie.

E!’s new contract will extend Keeping Up with the Kardashians through 2020.

From an E! spokesperson:

We recently celebrated the milestone 10th anniversary of Keeping Up with the Kardashians on E! We have aired 13 wildly successful seasons of the franchise as well as 11 spin-offs, and season 14 is off to a strong start. We are incredibly proud of our partnership with the Kardashians and they remain an important part of the E! family. We look forward to continuing our collaboration for years to come.”

What do you think? Do you watch Keeping Up with the Kardashians? Are you glad it will continue?

I, like the other three people who have written comments, can’t for the life of me figure out what the point of this show is that makes it worth having on air. There is nothing of value by having these vain shallow people on TV.

Trash show with trashy people. Can’t figure out who would watch this.

I’d watch an episode iwhere they load the whole family up into a rocket and shoot them off into the sun. Otherwise they are just sucking oxygen with no inherent purpose in life.

Cancel the stupid thing already. It has no purpose to even exist.