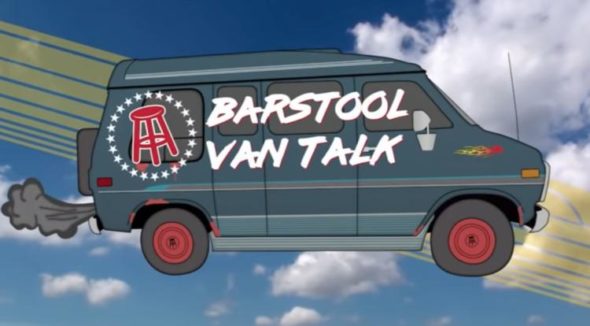 From Barstool Sports, the talk show was supposed to feature “original digital shorts, guest interviews and comedy sketches, including an “exit interview” taped in the back of a 1993 conversion van.”

According to ESPN President John Skipper, the network cancelled Barstool Van Talk in order to distance themselves from the controversial Barstool Sports website. In a press conference for fans, Barstool Sports president Dave Portnoy said he’s okay with the show’s cancellation:

Portnoy has long been critical of ESPN. Three years ago, he made what were largely considered sexist remarks against ESPN host Sam Ponder and did not apologize. The Wrap suggests this incident might have also led to the cancellation of Barstool Van Talk.

What do you think? Do you follow Barstool Sports? Do you think ESPN made the right decision in cancelling the show?