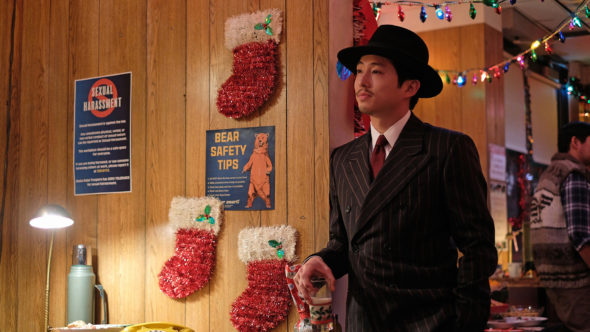 CBS All Access is diving back into The Twilight Zone. The streaming service just announced they’ve renewed the TV show revival for a second season.

Hosted by Jordan Peele, the anthology series “tells a new story each week, with different actors. As with the original, it promises to take viewers ‘to another dimension, a dimension not only of sight and sound, but of mind.'” The cast includes Ike Barinholtz, John Cho, Lucinda Dryzek, Taissa Farmiga, Greg Kinnear, Luke Kirby, Sanaa Lathan, Kumail Nanjiani, and Adam Scott.

You can read more info about the Twilight Zone renewal from CBS All Access below:

“Jordan Peele and Simon Kinberg’s reimagining of THE TWILIGHT ZONE is off to an amazing start on CBS All Access, driving the most viewers on its premiere day for an original series to date,” said Julie McNamara, Executive Vice President, Original Content, CBS All Access. “Jordan, Simon, the creative team and cast have done a phenomenal job translating the series’ legacy of socially conscious storytelling for modern-day audiences. They are master storytellers, and we look forward to bringing fans further into THE TWILIGHT ZONE with a second season.”

The first season of THE TWILIGHT ZONE is currently airing on-demand on CBS All Access. The series’ first five episodes are now available with new episodes dropping weekly on Thursdays.

What do you think? Have you seen the new Twilight Zone? Are you glad it’s coming back?

Where’re ratings for this masterpiece?