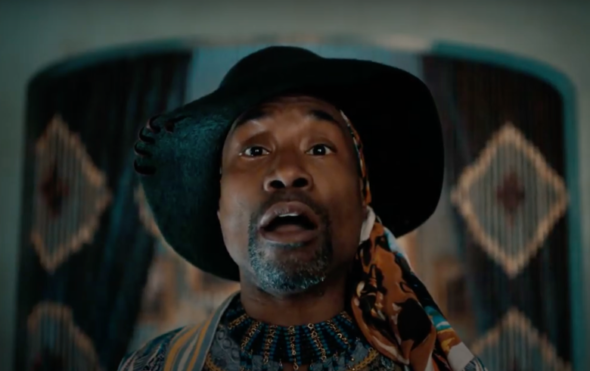 “Do you know who you are?” CBS All Access just released the premiere date and a new trailer for season two of The Twilight Zone.

From Jordan Peele, the reboot series presents new stories with new characters each week that promise to take viewers “to another dimension, a dimension not only of sight and sound, but of mind.” The season two cast includes Billy Porter, Joel McHale, Morena Baccarin, Ethan Embry, Gillian Jacobs, and Christopher Meloni.

Season two of The Twilight Zone premieres on CBS All Access on June 25th.

NEW YORK, N.Y. – May 11, 2020 – Beginning Thursday, June 25, travel through another dimension when season two of THE TWILIGHT ZONE launches exclusively on CBS All Access, CBS’ digital subscription video on-demand and live streaming service. All 10 episodes of the original anthology series will drop at once, the service announced today. The series’ official trailer and key art was also revealed today in celebration of National Twilight Zone Day.

The original “The Twilight Zone” series premiered on Oct. 2, 1959 on CBS. It took viewers to another dimension, a dimension not only of sight and sound, but of mind. The show became a worldwide phenomenon and sent fans on a journey into a wondrous land of imagination, and it continues to be an inspiration for pushing the boundaries of storytelling. As an innovator of genre programming, “The Twilight Zone” explored humanity’s hopes, despairs, prides and prejudices in metaphoric ways to introduce audiences to tales of morality and present perspectives that are underserved in conventional television.

Season one of THE TWILIGHT ZONE, as well as the entire original series, is available to stream now on CBS All Access.”

What do you think? Are you a fan of the Twilight Zone reboot? Will you watch season two?

I signed up for one free month of CBS All Access. I’m glad it was free. I did not like the majority of Twilight Zone episodes, perhaps two were good at best. Now I know what I’m missing.