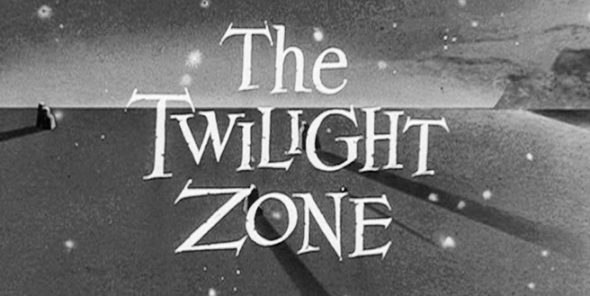 Could The Twilight Zone be making a comeback? Deadline reports CBS All Access is developing a reboot of the classic TV show.

Created by Rod Serling, the original anthology series featured a wide variety of stories, from sci-fi to fantasy to the macabre. The show initially ran on CBS for five seasons between 1959 and 1964. It was then briefly revived in both 1985 and 2002.

Little has been revealed about CBS All Access‘ Twilight Zone revival, but The Hollywood Reporter says both Jordan Peele and Marco Ramirez will be creatively involved.

What do you think? Are you a fan of The Twilight Zone? Would you watch a reboot?

I’ve been a fan of the original Twilight Zone, but won’t pay to watch it on CBS. Now if they can bring back Rod Serling to host, that would be a true Twilight Zone.

The rather unsung 2002-2003 “Twilight Zone” is, actually, my favorite.
It’s irritating that there are SO many “reboots” and ‘reincarnations’ of shows, right now, but there isn’t really an anthology series like that on right now. It really depends, though, whether they come up with new stories or just try to recreate ones from the original series–hoping that if they did that, they would limit the remakes to only a few episodes. It could really go either way…Annoying, though, that CBS would make it an “All Access” series, though, and expect people to subscribe. :-\
~*Kristin Star*