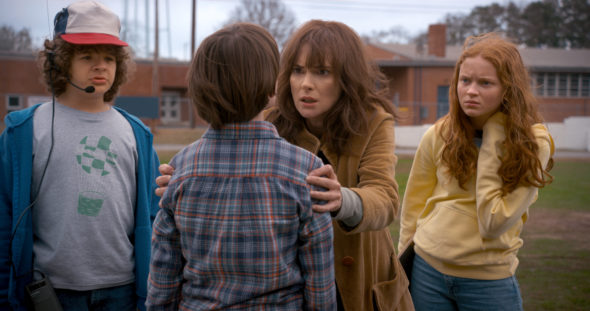 Season two of Stranger Things just dropped on October 27th and according to Nielsen, episode one averaged 15.8 million viewers within the first three days. Additionally, each episode of season two averaged 4 million viewers overall and 361,000 viewers watched the entire second season the day it launched.

To note, Nielsen is measuring TV views only, not mobile devices.

What do you think? Are you a fan of Stranger Things? Have you started season two yet?

I watched the first season and now I am watching the second. The first one is better to me, but the new season is good.

I really don’t get the show at all and I was raised in the 80’s. Maybe it’s for people who didn’t experience the 80’s at all. I haven’t watched 1 second of this new season.

HAHA – Suck on that! and people say it is popular.