“We have to stop him.” Netflix just released the final trailer for season three of Stranger Things.

Alongside the trailer, Netflix also unveiled a new poster and announced they are releasing Stranger Things-themes sneakers from Nike and an “Upside Down” Whopper at Burger King. Read more info at EW and Nylon. 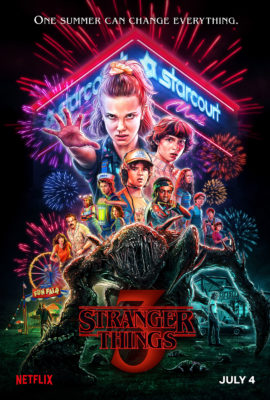 What do you think? Are you a big fan of Stranger Things? Are you excited for the new season?