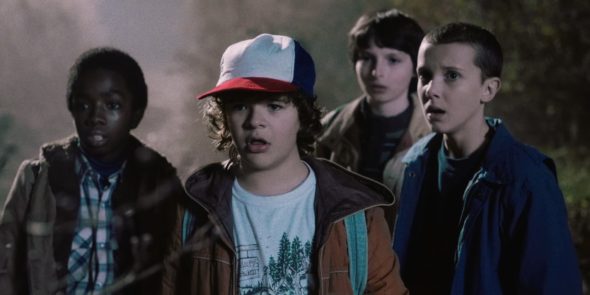 “Maybe all this is happening for a reason.” Today, Netflix released the final trailer for season two of Stranger Things.

The new season will see the residents of “Hawkins, Indiana are still reeling from the horrors of the Demogorgon and the secrets of Hawkins Lab. Will Byers has been rescued from the Upside Down but a bigger, sinister entity still threatens those who survived.” The cast includes Winona Ryder, David Harbour, Finn Wolfhard, Noah Schnapp, Millie Bobby Brown,  Caleb McLaughlin, Gaten Matarazzo, Cara Buono, Natalia Dyer, Charlie Heaton, Joe Keery, Dacre Montgomery, Sadie Sink, Sean Astin, and Paul Reiser.

Oh. My. Ghod. I cannot wait for this season! I’m going to try so hard not to binge season 2.