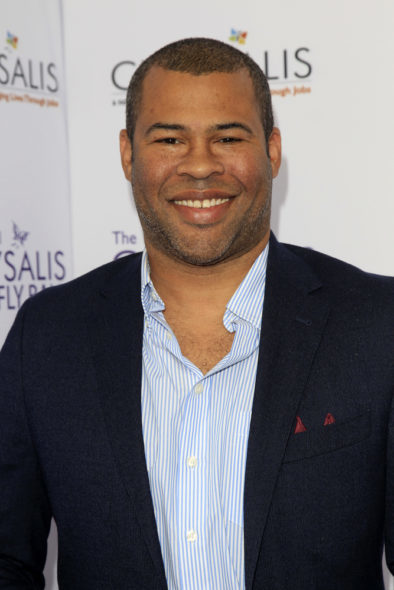 With all apologies to Rod Serling, call this, “The dimension of re-imagination.” CBS has ordered The Twilight Zone TV show revival. CBS Television Studios is producing the new series with Jordan Peele’s Monkeypaw Productions and Simon Kinberg’s Genre Films. Peele and Kinberg are executive producing with Marco Ramirez, and the trio will collaborate on The Twilight Zone TV series premiere.

The first season of Serling’s The Twilight Zone premiered on CBS in 1959 and ran for five seasons of 156 episodes, before it was cancelled in 1964. That series previously spawned two TV series revivals — one which ran on CBS from 1985 to 1989 and another, which ran on the now defunct UPN, for one season in 2002-03. The Twilight Zone franchise also includes novels, comic books, feature films, and more.

Learn more about The Twilight Zone TV show revival from this CBS All Access press release.

Dec. 6, 2017 – CBS All Access, the CBS Television Network’s digital subscription video on-demand and live streaming service, today announced the latest addition to its original programming slate, THE TWILIGHT ZONE. The new series will be produced by CBS Television Studios in association with Jordan Peele’s Monkeypaw Productions and Simon Kinberg’s Genre Films. Jordan Peele, Simon Kinberg and Marco Ramirez will serve as executive producers for the series and collaborate on the premiere episode. Win Rosenfeld and Audrey Chon will also serve as executive producers.

“Too many times this year it’s felt we were living in a twilight zone, and I can’t think of a better moment to reintroduce it to modern audiences,” said Jordan Peele, Executive Producer.

“‘The Twilight Zone’ was a touchstone in my life,” said Simon Kinberg, Executive Producer. “The opportunity to continue its lineage is a dream come true, and I’m so thrilled to be doing it with Jordan, Marco and the team at CBS All Access.”

“The original ‘The Twilight Zone’ bridged science-fiction, horror and fantasy together to explore human nature and provide social commentary in a way that audiences had never seen before,” said Julie McNamara, Executive Vice President, Original Content, CBS All Access. “Under the auspices of Jordan Peele, Simon Kinberg and Marco Ramirez, and with the creative freedom that the CBS All Access platform affords, this is an incredible opportunity to bring today’s audiences a modern reimagining of this iconic series.”

The original “The Twilight Zone” took viewers to another dimension, a dimension not only of sight and sound but of mind. It was a journey into a wondrous land of imagination for five years on CBS, from 1959-1964. The godfather of sci-fi series, the show explored humanity’s hopes, despairs, prides and prejudices in metaphoric ways conventional drama could not.

THE TWILIGHT ZONE joins CBS All Access’ growing slate of original series, which currently includes its first comedy series, NO ACTIVITY, streaming now; THE GOOD FIGHT, returning for a second season in early 2018; and STAR TREK: DISCOVERY, which was renewed for a second season and will return with chapter two of season one on Sunday, Jan. 7, 2018, after 8:30 PM, ET. CBS All Access’ original series library will continue to expand with the previously announced $1, STRANGE ANGEL, TELL ME A STORY and additional programming to be announced.

What do you think? Are you looking forward to The Twilight Zone TV series reboot? Let us know, below.