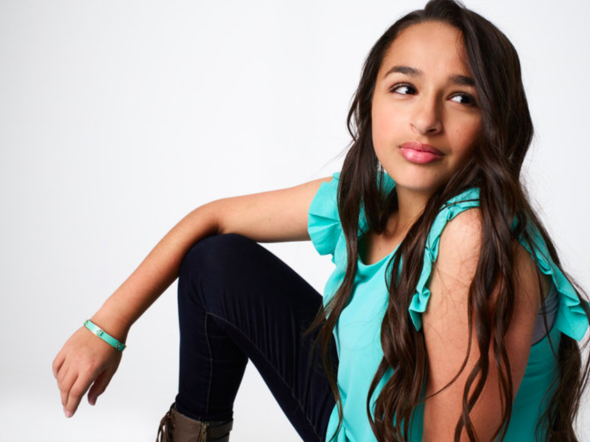 Jazz Jennings is coming back. TLC has renewed her I Am Jazz TV show for a fourth season, which will premiere on Tuesday, January 2, 2018 at 10:00pm ET/PT. On January 23rd, I Am Jazz season four will move to 9:00pm ET/PT.

A docu-series about a transgender teen, I Am Jazz delves into the journey of Jazz Jennings as she comes out and negotiates school and friendships, as well as family issues and medical decisions. The TLC TV show also features Jeanette Jennings, Greg Jennings, Sander Jennings, Griffen Jennings, and Ari Jennings.

Watch the trailer at The Futon Critic, and get the details from this TLC press release.

(LOS ANGELES, CA) – TLC’s trailblazing series, I AM JAZZ returns for a fourth season on Tuesday January 2nd, 2018 at 10/9c. The show then moves to 9/8c beginning January 23rd. The series continues to chronicle the journey of transgender teen Jazz Jennings as she faces the typical struggles of a junior in high school including issues with dating, body image and social anxiety. She also faces the unique and unexpected challenge of having to lose 30 pounds in order to move forward with her gender confirmation surgery.

After choosing the ideal surgeon, Jazz learns that she may not be able to get the standard confirmation surgery she was previously promised. This new development sets in motion a series of obstacles that might prove to be the most difficult Jazz has ever experienced. Jazz will need to rely on her friends and family more than ever through this most challenging of times.

In addition to being a full-time student, Jazz devotes her time to being a transgender advocate, sharing her story with people across the country in an effort to educate and inspire others. She was named one of “The 25 Most Influential Teens ” in 2014 and 2015 by Time. In 2014, Jazz co-wrote with Jessica Herthel a children’s picture book, “I am Jazz”. Jazz’s memoir, “Being Jazz: My Life as a (Transgender) Teen was released in June of 2016. In April of 2016, I AM JAZZ was awarded the GLAAD Media Award for “Outstanding Reality Program.” In August of 2016 she was named one of Teen Vogue’s “21 under 21.” Jazz and her parents founded the Transkids Purple Rainbow Foundation, a nonprofit devoted to support transgender youth and their families.

I AM JAZZ is produced by This is Just a Test for TLC.

TLC is a global brand available in more than 89 million homes in the US and 271 million households around the world. Viewers can enjoy their favorite shows anytime, anywhere through TLC GO – the network’s TVE offering featuring live and on demand access to complete seasons. A destination online, TLC.com offers in-depth fan sites and exclusive original video content. Fans can also interact with TLC on Facebook, Instagram, Twitter, Snapchat and Pinterest. TLC is part of Discovery Communications (NASDAQ: DISCA, DISCB, DISCK), reaching 3 billion cumulative viewers in more than 220 countries and territories to satisfy curiosity and captivate superfans with a portfolio of premium nonfiction, lifestyle, sports and kids content brands.

What do you think? Will you check out the fourth season of the I Am Jazz TV series on TLC? How many seasons do you expect this reality TV show to run?