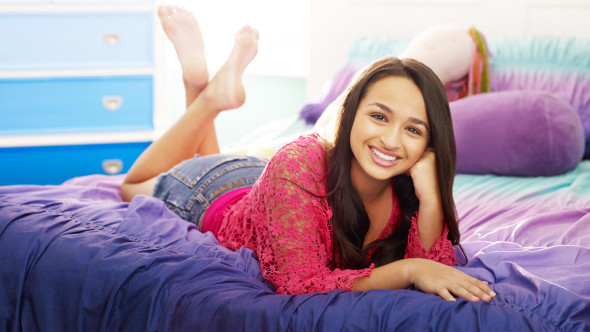 I Am Jazz will be back! TLC just announced they’ve renewed the TV show for a sixth season.

The docu-series “follows transgender teen advocate Jazz Jennings as she navigates life’s ups and downs alongside her close-knit and supportive family.”

New York, NY) – TLC today announced that it has renewed its hit series I AM JAZZ for a sixth season, slated to air in 2020. The groundbreaking series recently wrapped an emotional fifth season with its highest ratings to date among key W25-54/18-49 demos and averaged 1.4M total viewers, its second highest delivery in series history.

“Jazz is the quintessential example of living authentically and embracing one’s true self and that is what TLC seeks to celebrate in all of our programming,” said Howard Lee, President and GM, TLC. “Jazz’s story has inspired viewers across America, and never more so than this past year during the most important moment of her life. We are proud that Jazz and her family have allowed TLC to follow along on her journey and we look forward with great excitement to sharing the next chapter of her life with our devoted audience.”

The GLAAD Award-winning series I AM JAZZ follows transgender teen advocate Jazz Jennings as she navigates life’s ups and downs alongside her close-knit and supportive family. This season, Jazz allowed cameras to document the biggest, most personal event of her life – gender confirmation surgery. Viewers also witnessed other major milestones, including Jazz’s first prom, her 18th birthday and her first serious boyfriend.

I AM JAZZ is produced by This is Just a Test for TLC.”

What do you think? Have you seen I Am Jazz? Will you watch season six?